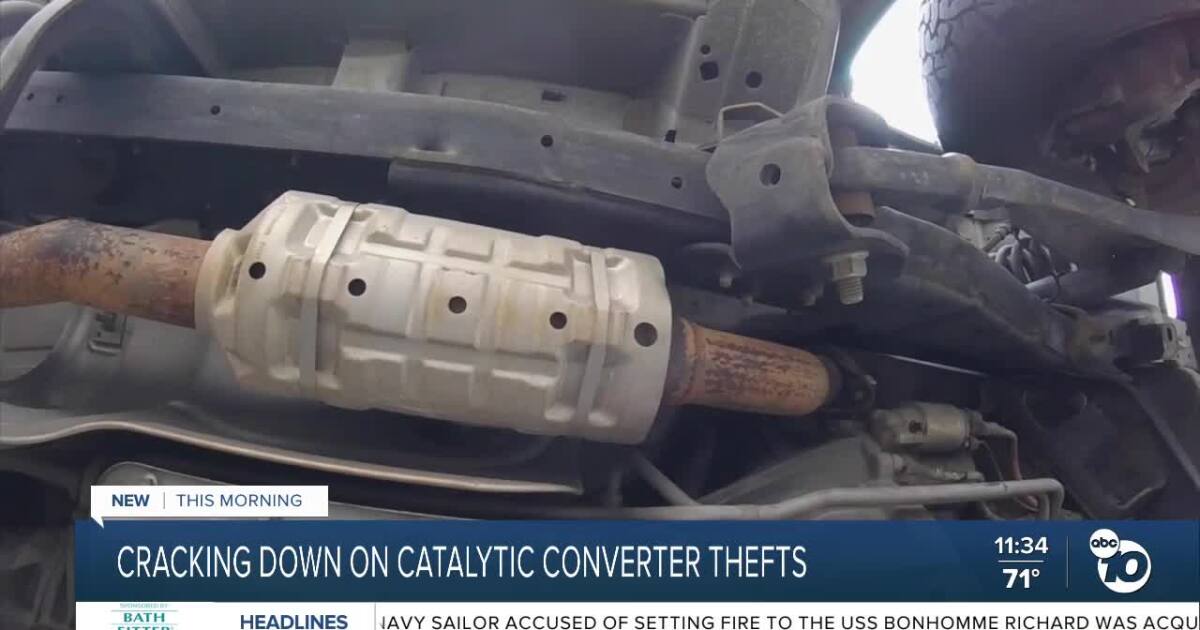 Chula Vista Police Department Public Information Officer Sgt. Anthony Molina, said: “These people should know that we are after you. We take that seriously… And it’s not just the police department, it’s the public, it’s the government; we know this is a big deal, and when we find you, you will suffer all the consequences.

Several weeks ago, the ABC 10News Breaking News Tracker received video of two people accused of attempting to steal converters and were arrested by police.

Molina said he’s seen a steady increase in these types of cases over the past few years as people try to cash in on expensive metals.

According to police, these thefts occur so frequently because catalytic converters can be stolen so easily. All it takes is getting under the vehicle and cutting out the part.

And that’s why police departments are doing what they can to try to deter these crimes from happening, by holding events where car owners can have their VIN engraved on their converter to make it easier to trace if it’s stolen and found.

Governor Gavin Newsom is going one step further by recently signing two new bills into law that make it harder to steal and sell catalytic converters by making it illegal to buy these parts from anyone other than a dealership or authorized car wrecker. .

2022-09-30
Previous Post: Vladimir Putin has officially broken international law
Next Post: sergeant. Bernard is a graduate of one of the nation’s top law enforcement management programs.