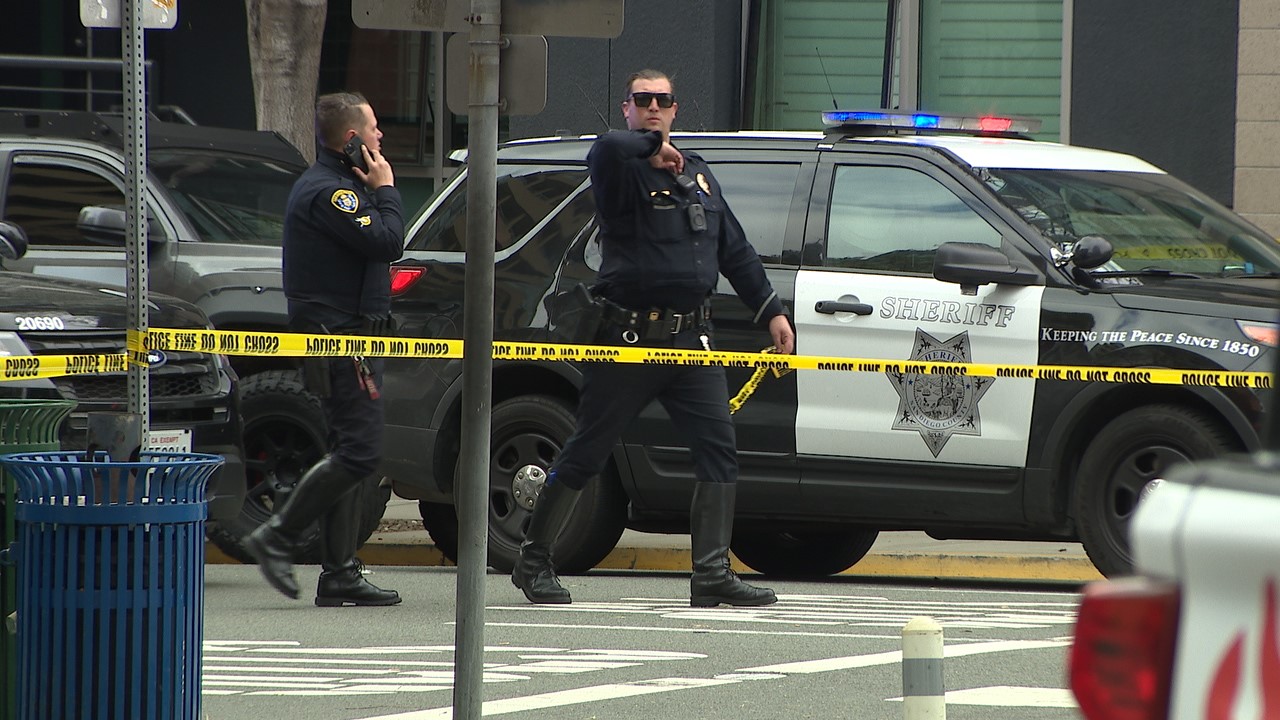 SAN DIEGO (CNS) – Authorities on Tuesday publicly identified the woman who was fatally shot by law enforcement officers when she allegedly stabbed a lawman with a large kitchen knife as forensic officers were trying to evict him from his condominium in Little Italy.

Yan Li, 47, was hit at least once by gunfire when three San Diego County Sheriff’s deputies and a San Diego Police Department officer opened fire on her at a residential complex on the block 400 West Beech Street Thursday afternoon, SDPD Lt. Matt Dobbs said. Li died at the scene.

The SDPD canine unit officer who was stabbed in the chest was treated at a trauma center and released later that day. His name has not been disclosed.

The personnel who fired their weapons during the encounter were identified as SDPD Officer Rogelio Medina and Sheriff Sgt. Daniel Nickel and MPs Javier Medina and David Williams.

The events leading up to the shooting began around noon, after Li allegedly confronted deputies from the Sheriff’s Forensic Services Unit with a chef’s knife in hand as they tried to hand him eviction paperwork. . Li then closed his front door and deputies called for reinforcements, police said.

“As deputies waited for additional resources, they were told by a building employee that the same woman had threatened a maintenance worker with a knife the day before,” Dobbs said. “The deputies attempted to communicate with (Li) for approximately 45 minutes but failed to obtain his cooperation.”

Shortly before 1:30 p.m., the staff opened the front door of the condominium. At that time, Li allegedly stabbed the dog training officer, prompting a flurry of gunfire from law enforcement.

Medina, a member of the SDPD canine unit, has worked in the department for 13 years. Nickel has been employed by the Sheriff’s Department for 29 years, Medina for 23 years and Williams for 14 years.