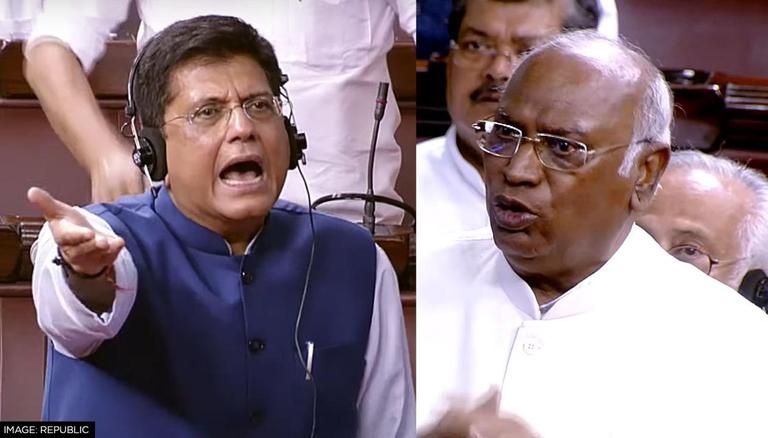 “The police are doing their job”

Following the arrest of Shiv Sena MP Sanjay Raut on Monday, Rajya Sabha witnessed a huge ruckus with opposition members waving slogans against the Centre. When opposition MPs continued to disrupt Union Minister Hardeep Singh Puri as he answered question time, the House leader in Rajya Sabha Piyush Goyal claimed that the forces of the order were doing their job. Arguing that the Union Government cannot interfere in the running of agencies such as the ED, he urged MPs to let the House run smoothly.

Union Minister Piyush Goyal remarked, “We have very important legislative business. We have to discuss the price increase. They demanded that the price increase be discussed. Rajya Sabha. The opposition has collectively assured us that once the date is set when it is put down, it will allow the House to function properly. I call on my hon. opposition colleagues to allow the House to run smoothly.

“We are lawmakers, not lawbreakers. Those who break the law suffer the consequences. The government cannot interfere with law enforcement. They do their job,” he added.

Meanwhile, RS opposition leader Mallikarjun Kharge accused Bhubaneswar Kalita who was in the presidency of not allowing discussion on several key issues. He said: “You haven’t even mentioned the notices we submitted regarding what is happening in Jharkhand, Maharashtra and Assam. In Gujarat, 100 to 150 people have died. We are continuously trying to get a discussion about rising prices. But you don’t want to do anything”. As slogans like ‘Dadagiri Nahi Chalegi’ and ‘Tanashahi Nahi Chalegi’ continued to echo through the Chamber, the Rajya Sabha was adjourned until 2 p.m.

On the morning of July 31, the ED raided the Bhandup residence of Sanjay Raut as part of the Patra Chawl land scam, grilled him for several hours and took him to his zone office in the Ballard Estate in South Mumbai for further questioning. Before entering the ED office, he told the media it was a “fake case” and vowed not to abandon the Shiv Sena faction led by Uddhav Thackeray. At around 12:05 p.m. Monday, he was formally arrested under sections of the Prevention of Money Laundering Act for failing to cooperate with the investigation. He will appear in a special PMLA court later today.