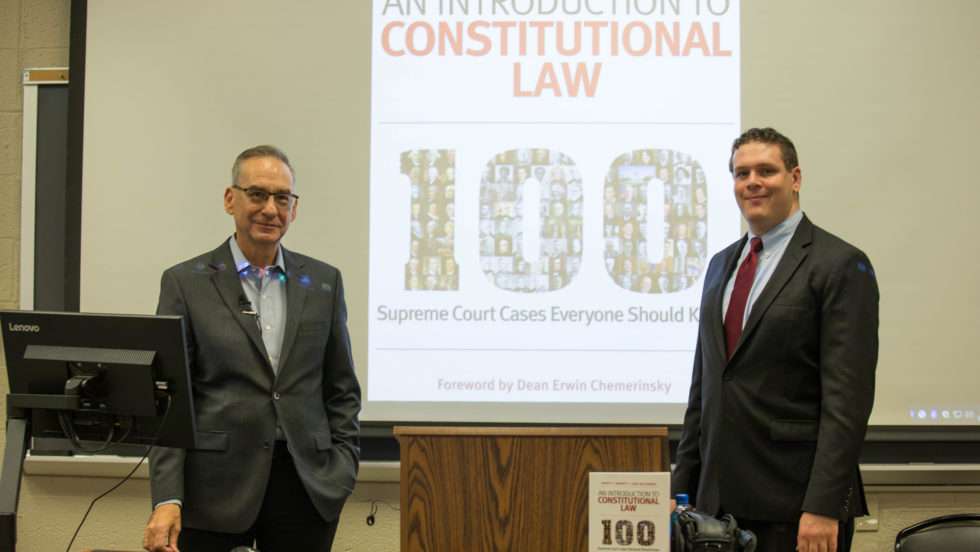 An Introduction to Constitutional Law: 100 Supreme Court Decisions Everyone Should Know came out a year ago. Randy and I threw the book at Georgetown University Law Center on Constitution Day, rightly so. We are proud to report that we have sold 16,779 paperback copies, including 10,431 on Amazon. We also sold 3,460 copies of the ebook on Kindle. These numbers are humbling. Truly.

Last summer, our publisher printed a first run of 2,000 copies, which they expected to last the first year or so. We sold out all the copies even before the book came out. Throughout the past year, the book was constantly out of stock on Amazon. At some point, after Randy’s appearance on the Mark Levin show, we climbed to #4 on Amazon’s bestseller list. We were behind Elmo and ahead of Jessica Simpson. 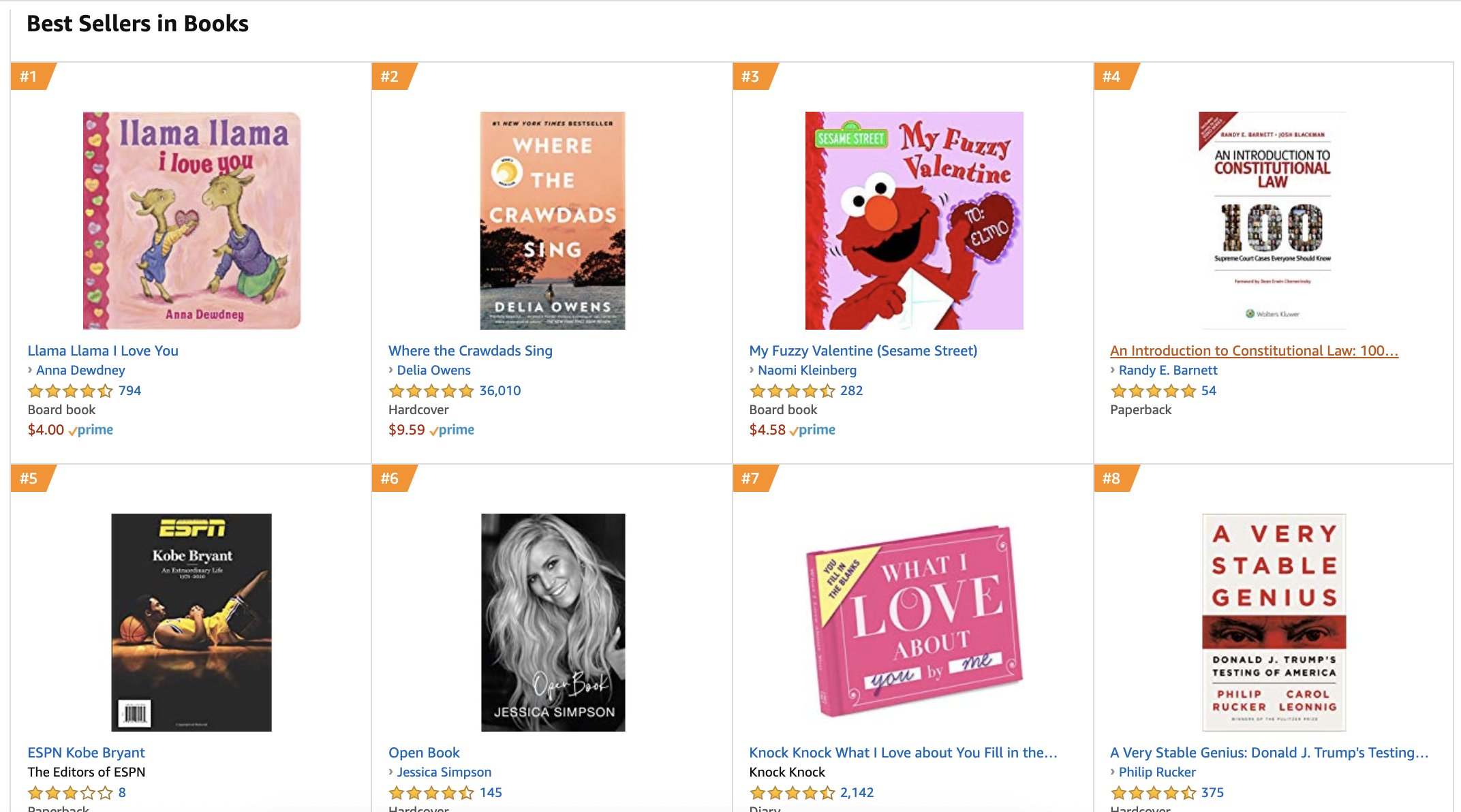 Over the summer, our book has consistently been the second best-selling constitutional law casebook, second only to Dean Chemerinsky’s popular casebook. 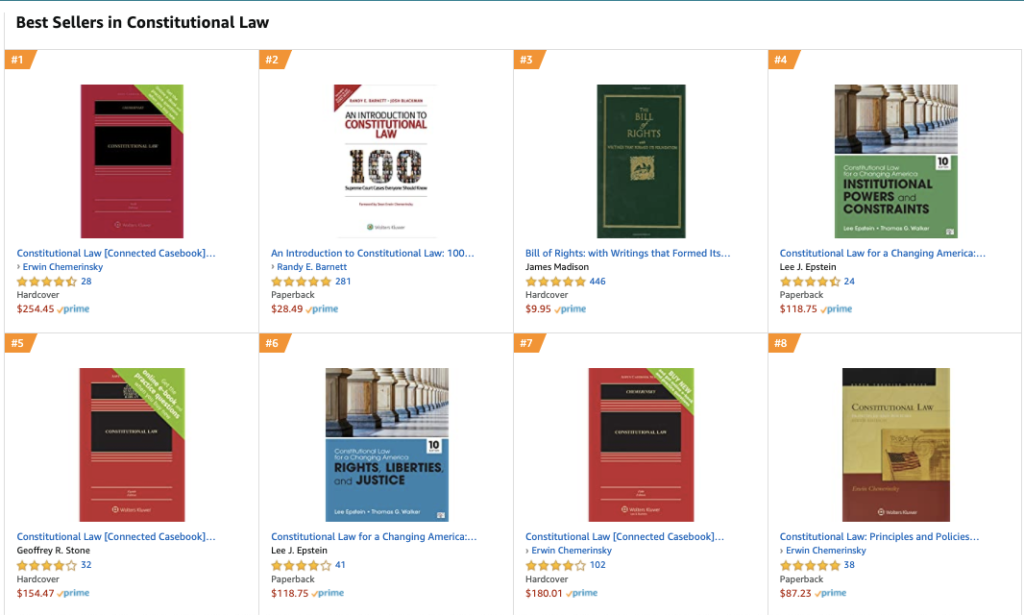 And our book has (to date) 359 ratings, 84% of which are five stars. (We received two one-star ratings, which complained about Kindle formatting). 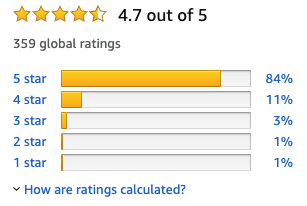 Our book has been adopted at all levels of education: law school, graduate, undergraduate, high school, and home schools. Countless teachers have told me how invaluable this resource has been for the flipped classroom during the pandemic. Many of our readers are uneducated at all, but find constitutional law worthy of study. We are truly and deeply honored that so many people learn constitutional law from our book.

And we’re just getting started. We are working on a second expanded edition of the book. We will add coverage of areas we omitted from the first edition, including criminal procedure, voting rights and others. We are also developing a series of videos on slavery and the Constitution – a very topical subject. We hope the book and expanded video library will be available in 2022. There is so much more to come.

Last summer I told Randy that our book would sell a million copies in its lifetime. He didn’t believe me. I stand by my prediction.