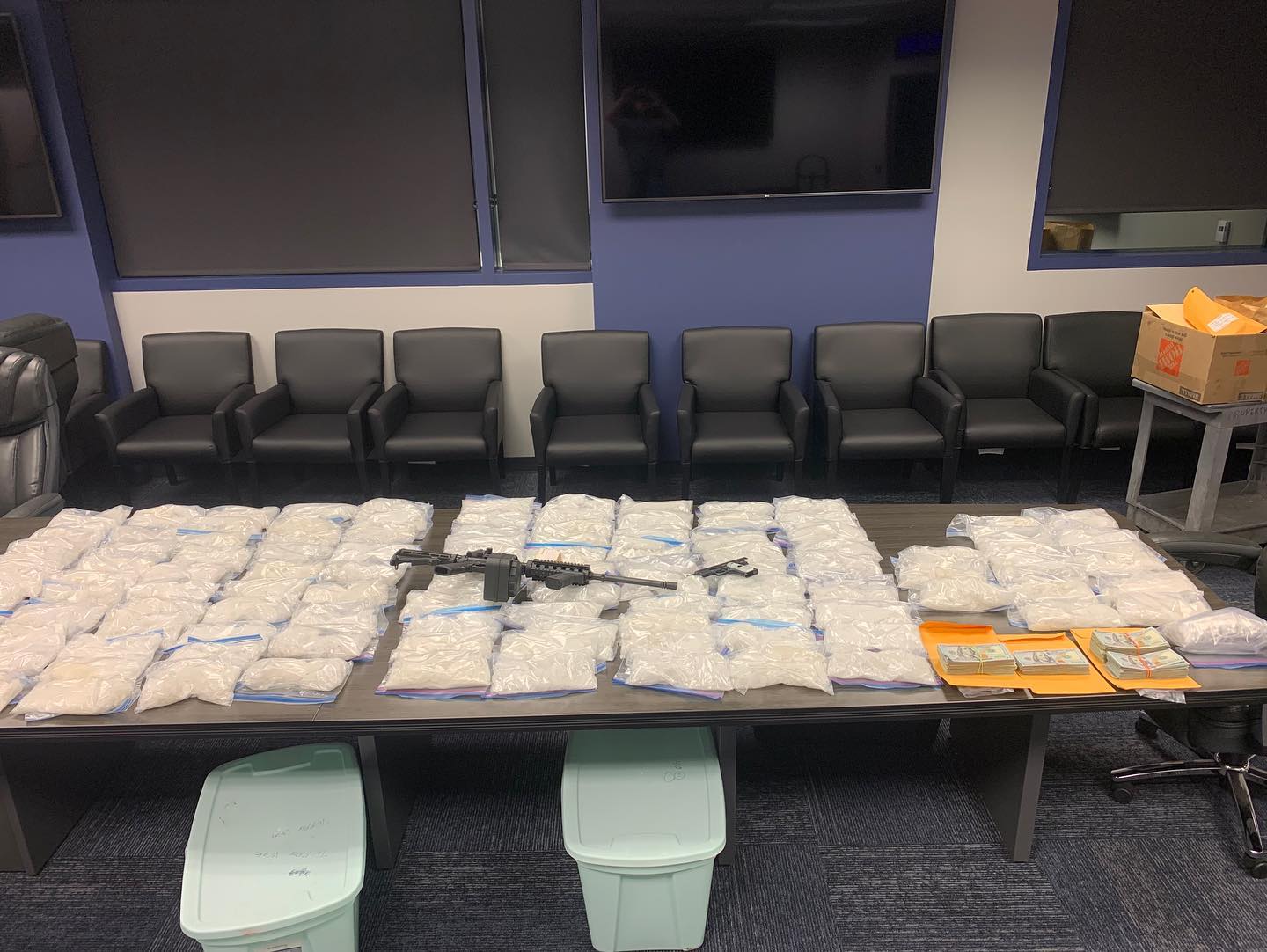 Sonora, Calif. – After a months-long effort, the Modesto Police Department’s Major Crimes Unit recently concluded a long-term investigation involving six search warrants in Stanislaus, Tuolumne and San Joaquin counties. The result has been the dismantling of a major drug trafficking organization that is considered the main source of drug supply for several dealers, including those operating in Tuolumne County. The investigation served 9 search warrants and lead to the arrest of 14 subjects on drug charges, ppossession with intent to distribute narcotics and several firearms offences. No other information was provided regarding where the search warrants were served. Here is the total quantity of drugs and equipment seized.