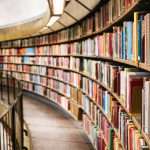 On May 27, 2022, the Islamic Revolutionary Guard Corps (IRGC) announced the seizure of two Greek-flagged tankers, which were sailing in international waters, 22 nautical miles off the coast of Iran (see here the statement quoted by the Iranian state news agency IRNA). IRGC helicopters landed aboard the Greek ships “Delta Poseidon” and “Prudent Warrior” and captured the crew. The ships were then directed to Iranian territorial waters, where they are currently anchored, and the crew brought ashore, under house arrest. The Greek Ministry of Foreign Affairs and the Hellenic Coast Guard called this action an act of piracy and protested against the seizure of the vessels (see here the official announcement of the Greek AMF and here announcement of the coast guard in Greek). According to other Iranian news agencies, the two ships were seized in retaliation for Greece’s seizure of an Iranian tanker near the coast of the island of Evia due to EU sanctions (see here). Other sources indicate that after the seizure of the Iranian ship, the United States planned to confiscate the oil on board and return it to the United States (see here and here).

This contribution attempts to shape the current incident from the point of view of international law. To do this, he will first attempt to legally qualify Iranian actions and then proceed to examine possible legal justifications.

The law: piracy versus the principle of exclusive jurisdiction of the flag state

As mentioned earlier, the Greek MFA has qualified the Iranian acts as acts of piracy. But are they really piracy?

According to art. 101 LOSC, the act of piracy is constituted under the following conditions: first, there must be an unlawful act of violence committed by the crew or passengers of a private vessel or aircraft on the high seas. must be committed for private purposes and, thirdly, it must be directed to another vessel or aircraft. Under the same conditions, an act can be considered as an act of piracy if it is committed “by a warship, a State ship or a State aircraft whose crew mutinous […](Art. 102 LOSC). Thus, as Guilfoyle observes, “in the absence of such mutiny, public ships cannot commit piracy. Otherwise, violence against other ships committed by a warship is the responsibility of the State” (A. Proelß, p. 744). It is therefore clear that the acts of the IRGC – as acts committed by the Iranian military – do not constitute acts of piracy under international law. However, they are certainly a flagrant violation of the principle of exclusive flag state jurisdiction (EFSJ).

As an “inherent component of the freedom of navigation within the meaning of art. 87 LOSC” (Paragraph 225, N/M Norstar, 2019), on the high seas, the flag State has exclusive jurisdiction over ships flying its flag, encompassing both prescriptive jurisdiction and enforcement jurisdiction (Art. 92 LOSC). It is also well known that ships are considered as a single unit, including all persons on board and regardless of their nationality (paragraph 106, M/V Saiga (#2), 1999). Of course, exceptions exist, but these relate only to the right of access, the right to sue or the consent of the flag State. Thus, it is evident that in the circumstances in which the incident occurred, only Greek warships (and “any other vessel duly authorized[s] […] being in the service of the government”) could proceed with the seizure of the two Greek vessels, in the absence of any exception to the principle of EFSJ. What is equally interesting in international law is the examination of the incident from the angle of State responsibility.

It is (hopefully) apparent from the above analysis that Iran’s actions violate LOSC, and specifically Art. 87, together with s. 92, thus entailing its international responsibility. Nonetheless, the IRGC appears to claim that its actions constitute retaliation for Greece’s seizure of an Iranian ship and the oil on board in its territorial waters (see here quoted statement of Iran’s Supreme Leader). But could this legally qualify as countermeasures, excluding the wrongfulness of Iran’s actions under ARSIWA?

Art. 22 ARSIWA indeed provides that the wrongfulness of an act of a State is excluded if the act constitutes a countermeasure in accordance with the specific provisions of the articles. Thus, art. 49 ARSIWA becomes relevant because it clarifies that countermeasures can be taken by an injured state against another state “which is responsible for an internationally wrongful act”. [..](also: paragraph 83, Gabcikovo-Nagymaros project case, 1997). In addition, “[c]countermeasures must be proportionate to the harm suffered […](art. 51) and the injured State calls on the other State to comply with its international obligations and informs it of the decision to take countermeasures (art. 52).

It becomes clear that the main question to be answered is whether Greece’s actions were contrary to international law. Unlike the situation in Iran, the Iranian vessel would have sailed in Greek territorial waters and not on the high seas. Thus, as long as Greece has exercised its prescriptive jurisdiction to do so and there is a legal basis under the LOSC to enforce this jurisdiction, the boarding of the vessel would be legal. In this case, art. 27 Subsection 1(a) LOSC would suffice as a jurisdictional basis for enforcement in this regard, since it only requires the crime”[…] to disturb the peace of the country or the good order of the territorial sea”. Alternatively, this could be designated as a customs offense and therefore the coastal state can exercise full enforcement jurisdiction (also: paras 257-260, Duzgit Integrity Arbitration2016).

From the published facts, Greece’s actions appear to be based on two grounds: the first relates to EU sanctions and the second relates to the Mutual Legal Assistance Treaty between the United States and Greece (available here). On April 14, 2022, the Hellenic Coast Guard, after discovering that the Russian-flagged vessel “Pegas” belonged to the Russian company “PAO Promsvyazbank”, seized the vessel as it was subject to the restrictive measures taken by the EU against Russia. Thus, Greece was effectively applying EU law to Russian assets by seizing the vessel, making this exercise of jurisdiction reasonable.

However, the Hellenic Coast Guard was later informed that the Russian-flagged vessel “Pegas” had changed its flag to Iran and was now called “Lana” and therefore could not be subject to sanctions of the EU. It should be noted that if within the framework of the LOSC a vessel is deterred from changing its flag during its voyage (Art. 92 LOSC), this is in fact a common practice. However, this change of flag generated many problems. On April 20, 2022, the United States asked the Greek Ministry of Justice to seize the Iranian vessel and the oil on board on the grounds that the profits from transporting the Iranian oil “will support a foreign terrorist organization in violation of American criminal law” (see here the application cited in Greek). Having transferred its treaty obligations arising from the aforementioned treaty into its domestic law, Greece again had reason to enforce its law and allow US authorities to intervene. Indeed, the Halkida Court of First Instance issued two orders for interim measures, prohibiting the ship from leaving the port (see here in Greek). For these reasons, Greece’s act cannot be characterized as internationally wrongful and Iran cannot invoke countermeasures as a ground excluding the wrongfulness of its own acts.

Nevertheless, even if Greece’s actions are to be considered an unlawful exercise of its jurisdiction, Iran will still have to meet the proportionality test as well as the procedural requirements of adopting countermeasures. It is true that under the law of State responsibility there is no requirement of reciprocity for countermeasures to be deemed proportionate, although, as Crawford argues, “identical or similar are more likely to pass the proportionality test” (Crawford, pages 698-699). Thus, in the present case, Iran is certainly not limited to carrying out exactly the same acts as Greece. Even if one considers that the seizure of the Greek vessels is a response to the confiscation of the oil, this element alone does not render the countermeasure disproportionate. Nevertheless, proportionality is not only a matter expressed in quantitative terms, but also the quality and character of the rights are taken into account (Articles on State Responsibility for Internationally Wrongful Acts with Commentary, p. 135). Thus, in the proportionality test, it could be argued that the violation of the freedom of navigation on the high seas and of the EFSJ principle is of a completely different character from the seizure of a ship and cargo in the territorial sea of ​​a State. These two principles – and in particular the freedom of the high seas – have been the cornerstone of the law of the sea since (almost) its genesis. Following this, Iran could not justify its actions as proportionate simply because Greece had performed a (not really) similar act.

Procedural requirements could also be challenged. Was there an official request sent to Greece to stop the “illegal” act? Has Greece been informed of the possibility of countermeasures? But these obligations could easily be set aside by invoking the “urgency of the situation” exception of art. 52 paragraph 2 ARSIWA.

It is therefore obvious that the claim of countermeasures may not be easily successful. Of course, this remains a question to be considered on a case-by-case basis and no definitive conclusions can be drawn in advance.

The present analysis was not intended to justify the acts of any of the two States in conflict, but rather to reason them under international law. In recent years, the number of cases involving both freedom of navigation and the principle of EFSJ has increased. The M/V Norstar, the Enrica Lexie incident, and the San Padre Pio cases (although officially dropped) are certainly the most common examples. Following this, the question of the legality of the seizure of the two Greek vessels could constitute a very interesting case before an International Court or Tribunal. And while the freedom of the high seas and the EFSJ principle may not require further interpretation, a possible counterclaim on the issue of countermeasures would definitively illuminate, among other things, the proportionality test.