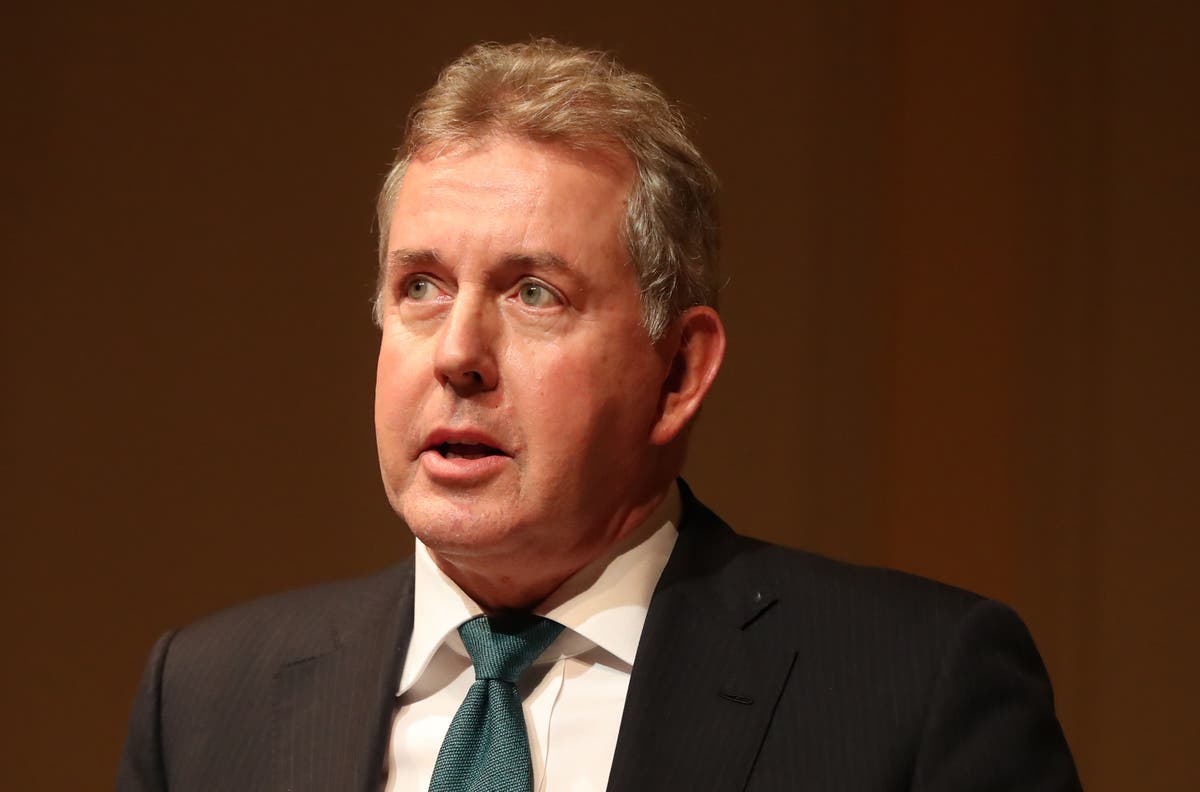 One of the UK’s most respected diplomats has accused Boris Johnson of planning three separate breaches of international law, warning that trust in the UK abroad was being shredded.

Kim Darroch, a former national security adviser and US ambassador, has attacked plans to neutralize commitments to the European Convention on Human Rights (ECHR), arguing they would violate the Good Friday Agreement.

In an interview with The Independenthe said the threat was accompanied by moves to tear up the Brexit deal for Northern Ireland and deport refugees to Rwanda, breaking the Geneva Convention.

“I think you can argue that this government is breaking international law in three areas,” Lord Darroch said.

Seizing on Dominic Raab’s plans to allow the UK to ignore ECHR rulings, the unremarkable peer warned: “The ECHR is enshrined in the Good Friday Agreement as a guarantee of the rights of all individuals in North Ireland.

“Now they want to effectively remove, by domestic law, parts of the ECHR, and that seems to me to be in danger of violating our commitments in the Good Friday Agreement.”

Highlighting the damage done to the UK’s reputation abroad, Lord Darroch added: “All I take from people in the Brussels institutions is that trust in the UK government has collapsed.”

In the interview, the chairman of the internationalist campaign group Best for Britain also argued that voters would like Mr Johnson to sit down with the EU to strike a better Brexit deal to mitigate the severe economic damage caused in the UK.

He ruled out a rapid return to the single market or customs union – despite the benefits it would bring – “certainly not in this parliament and maybe not in the next either”.

However, calling for side deals to ease the pain of exporters, excluded scientists from the Horizon Project and the City of London, Lord Darroch said: ‘I think people would regard deals like this as common sense.

The peer, who is also a former UK ambassador to the EU, argued that most voters have never backed ‘the toughest of Brexits that satisfies a section of the Conservative Party’.

And he hinted the prime minister might be willing to compromise were it not for the crisis surrounding him – supercharged by two devastating partial election defeats last week.

“It’s just hard to know what he really believes, personally. It’s a bit of a mystery to me,” Lord Darroch said.

“I wouldn’t rule out he’s doing business, but at the moment he feels his position as prime minister is under sufficient threat that he needs all the support he can get.”

On the pressure not to ease Brexit terms, the peer pointed out: “Brexiters are now walking around looking rather gloomy about how it turned out. Wouldn’t that help them make it less damaging? »

Lord Darroch also chided Sir Keir Starmer, saying: ‘I think Labor could be a little braver and advocate more publicly for a different and better form of Brexit.

“As the impact of Brexit becomes more apparent, I wonder if they might be forced to take a more stance – because we’re going through a very bad period on inflation, a recession maybe. It’s looking very dark.

The bill to overturn the Northern Ireland Protocol, which Mr Johnson described as “fantastic” when he signed it in 2019, cleared its first hurdle in the Commons on Monday.

The Government admits it is breaking the Brexit Withdrawal Agreement, but argues the ‘doctrine of necessity’ trumps that due to Unionist opposition to the Irish Sea trade border created by the protocol.

Lord Darroch said: “On the Northern Ireland Protocol, you simply cannot unilaterally delete and revise and rewrite parts of an international agreement through domestic law.”

The UN High Commissioner for Refugees has attacked Rwanda’s deportations, underscoring the UK’s commitment in the 1951 Refugee Convention to take responsibility for asylum seekers.

Lord Darroch said: “We have international commitments on the treatment of refugees through the Geneva Convention. I just don’t think what we’re doing with Rwanda is consistent with that.

The Good Friday Agreement, the landmark 1998 agreement that ended the Troubles, is an international agreement between the British and Irish governments.