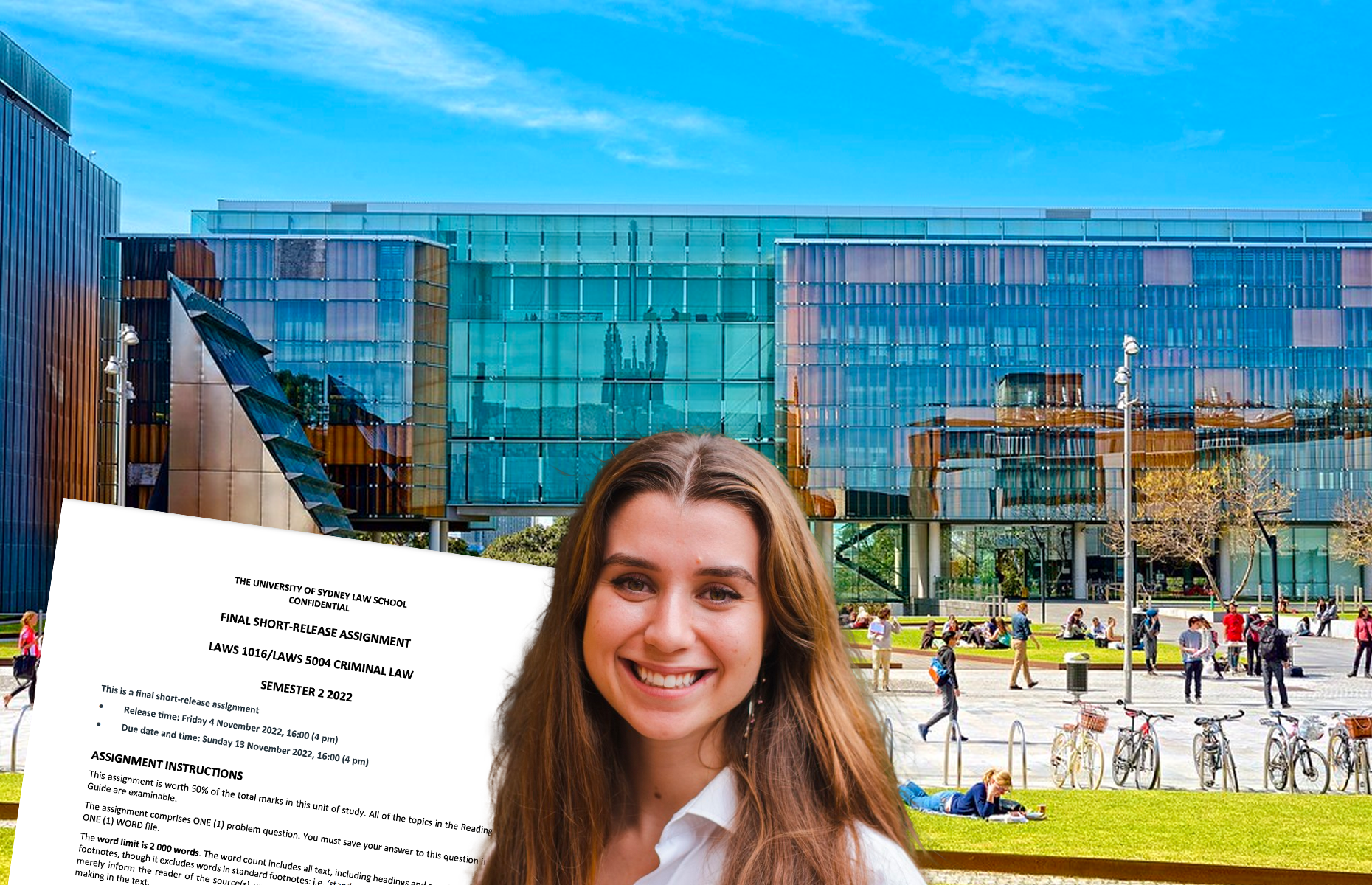 The controversial criminal law home exam that garnered widespread media coverage yesterday will be replaced with another exam at the end of November due to concerns over academic integrity. The University of Sydney Law School has told students that all students enrolled in the course are expected to take a replacement assessment from November 28-30.

This follows an email earlier today telling students the University was considering its approach to the leak, which saw the full story published in the Sydney Morning Herald. The exam paper involved a fictional scenario using the first name of a student, Freya Leach, who alleged that the paper targeted her because of her conservative politics.

The exam paper instructed students not to discuss its content with others during the assignment posting period.

A spokesperson for the University of Sydney told Honi earlier today that: “We are currently working on this incident to ensure high standards of integrity and academic rigor while minimizing related anxiety and disruption. to student stress.

The law school told students in a post on Canvas: “We understand that many students have already spent a significant amount of time on the short-term assignment, and sympathize and understand your frustration. However, the University and the School of Law place a high value on the integrity of assessments, which are essential to upholding the good reputation of our qualifications for graduates, the legal profession and society. Unfortunately, we believe that there is no alternative to the removal and replacement of short-term assessment that would ensure academic integrity.

Students expressed their frustration with the saga in Honi, pointing out the stress and inconvenience the postponement would cause.

“It’s crazy that a major exam was derailed by the ego of a single student. I have invested a considerable amount of time in the five days since the posting of the assignment working on the problematic question given to us and now all that work is for naught,” said one student, who asked to remain anonymous, in Honi.

“The change from a 10-day deadline to a 48-hour deadline also radically changes what is required of students. I and many others have spent the semester learning the content in preparation for the first as it has been planned since the course began. To change that now, so late, is simply unfair.

Honi is unsure at this point if the law school is investigating a breach of academic integrity by Leach.