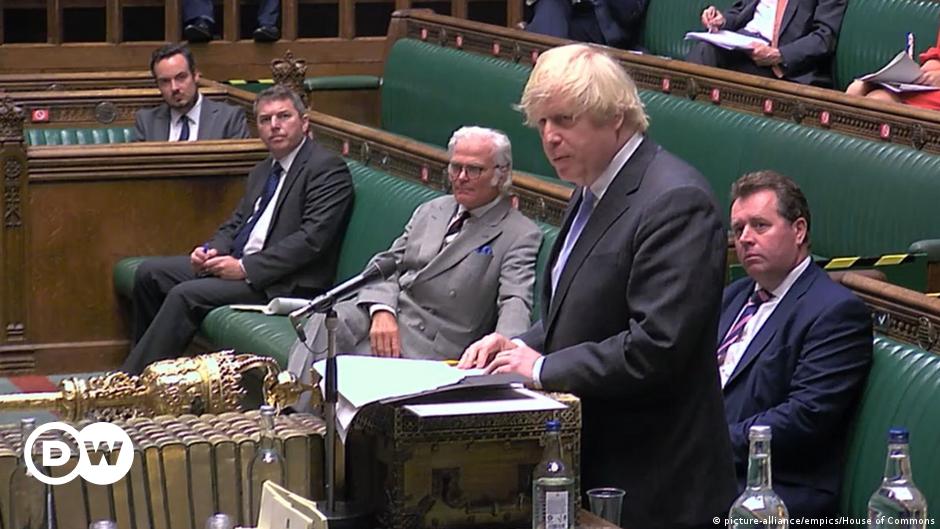 The British government on Wednesday unveiled a Brexit bill to rewrite parts of its EU withdrawal agreement, prompting the EU to call for urgent talks.

The EU has expressed concern that the proposed legislation could breach the binding divorce treaty, which British MPs approved by a majority of 358 votes to 234 in December.

Downing Street has said its new UK Internal Market Bill could change post-Brexit customs and trade rules in Northern Ireland. The bill would give the UK government the right to unilaterally change some of the arrangements made for the UK’s only land border with the EU.

Britain has agreed to meet with the EU over the implementation of the revised deal, a UK government spokesman has confirmed, after Brussels urgently convened such a meeting to clarify the “strong concerns” about the latest changes.

The spokesperson also blamed the speed with which the initial agreement was reached for the change of course, citing “ambiguities” with the original version.

A question of trust?

The announcement angered the 27 EU governments. They believe it violates commitments made to protect the peace process and avoid a hard border on the island of Ireland.

“Obviously any unilateral waiver to the terms of the Withdrawal Agreement would be a matter of considerable concern and a very serious step,” Irish Foreign Minister Simon Coveney said.

“Such a departure could seriously erode and damage political trust, not just in the Brexit negotiations.”

Germany has said it “fully expects” the UK to respect international law.

Ursula von der Leyen, President of the European Commission, warned the UK that implementing the Withdrawal Agreement was “an obligation under international law and a prerequisite for any future partnership”.

She added that any deviation from the Withdrawal Agreement, no matter how small, “would violate international law and undermine trust”.

The European Union has warned Britain that even the most minor breach of the treaty would undermine what little trust remains between the two sides in already fragile trade negotiations.

“Breaking international law is not acceptable and does not create the trust we need to build our future relationship,” said European Council President Charles Michel.

Brandon Lewis, UK government minister for Northern Ireland, told parliament on Tuesday that the bill would “break international law in a very specific and limited way”.

The EU has argued that installing any border infrastructure on the Northern Ireland-Ireland border would violate the Good Friday Agreement which ended decades of conflict in the region.

This meant that Downing Street accepted that there was a customs border along the Irish Sea.

Under the divorce treaty, Northern Irish businesses would have to complete customs forms when shipping goods to mainland Britain. Checks would be carried out on the goods in the other direction.

Ministers say the new law will set out the specific circumstances in which the UK can roll back parts of the Withdrawal Agreement it ratified last year.

The government says it will be able to decide unilaterally which goods “are at risk” of entering the EU.

This week’s talks are the eighth round of negotiations between the UK and the EU aimed at securing a relationship without tariffs or customs checks.

EU chief Brexit negotiator Michel Barnier told French radio on Monday he was ‘worried’ about the chances of a trade deal as the UK still wants ‘the best of both worlds’ .

His British counterpart, David Frost, said on Tuesday that the EU needed to be “more realistic” and accept the UK’s desire to be a sovereign state.

Britain left the EU in January and faces a race against time to strike a free trade deal before the end of the transition phase on December 31.

They will have to fall back on World Trade Organization rules if no deal is struck, which will mean new tariffs, border controls and other trade barriers.