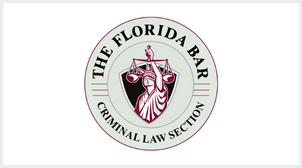 Cash scholarships are awarded to incoming third-year law students who have demonstrated dedication and interest in the criminal justice system as trial and appeals practitioners. Nearly two dozen law students applied for the scholarships. The CLS Awards Committee selected five nominees to recommend to the Chapter Executive for a vote. 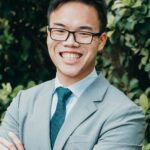 Students Gina Calta of Nova Southeastern University and Peter Chan of the University of Florida were chosen for the scholarships, which will be presented June 23 at the Signia by Hilton Orlando Bonnet Creek. The reception is held in the Jackson Meeting Room on the lower level and the awards show begins at 7:00 p.m. All are invited to attend.

Criminal Law Section Chair Jason B. Blank said his goal in creating the fellowships was to find a way for the section to have a lasting impact on the criminal justice system.

“As president, I thought this would be a great legacy that would have a significant impact for many years to come,” said Blank, of Haber Blank in Ft. Lauderdale. “The section is making its mark in many areas by supporting our criminal courts, fighting for raises for assistant public defenders and assistant prosecutors, taking a strong stance on the continued use of remote technology in courtrooms criminals, and more. Supporting our young colleagues with scholarships is another way to positively influence the future of criminal law practice.

Calta graduated cum laude with honors in 2019 from the University of Florida with a bachelor’s degree in criminology. She is on the deans list at Nova Southeastern University Shepard Broad College of Law, where she is also president of the Criminal Law Society, vice president of NSU Trial Association teams, and was part of the NSU team that was a national finalist in the Battle of the Experts Mock Trial Competition. Calta’s immediate career goal is to become an Assistant State’s Attorney, and as part of the Nova Criminal Justice Clinic’s intensive outpatient course, she is interning at the State’s Attorney’s Office in Nova Scotia. Broward.

Chan graduated summa cum laude in 2019 from Florida State University with a bachelor’s degree in economics. He is an articles editor for the Florida Law Review and a research assistant for Jennifer Zedalis, senior professor of legal skills at UF Law, with whom he co-authored a book on criminal defense practice and procedure. He is a former vice president of the UF Law ACLU and a past president of the Asian Pacific American Law Student Association. Chan won a book award in Florida Criminal Procedure. He has worked in the Public Defenders Offices of the Sixth and Eighth Judicial Circuits and is a Certified Senior Legal Intern. He also completed an undergraduate internship at the 13th Circuit State’s Attorney’s Office.

“It is obvious to all of us who know [Peter] that he is motivated by nobler things,” Zedalis said. “He is driven by things that we should all value most – the desire to help people, the challenge of making the criminal justice system more focused on justice and fairness, and a sincere interest in the Criminal Law. I can easily think of several students, current and former, who have the talent, the initiative, the skills and the strong desire to serve the bar in the area of ​​criminal law with standards that should make us humble. I nominated Peter for this award because he is, in my opinion, the most deserving of them all – unmatched.