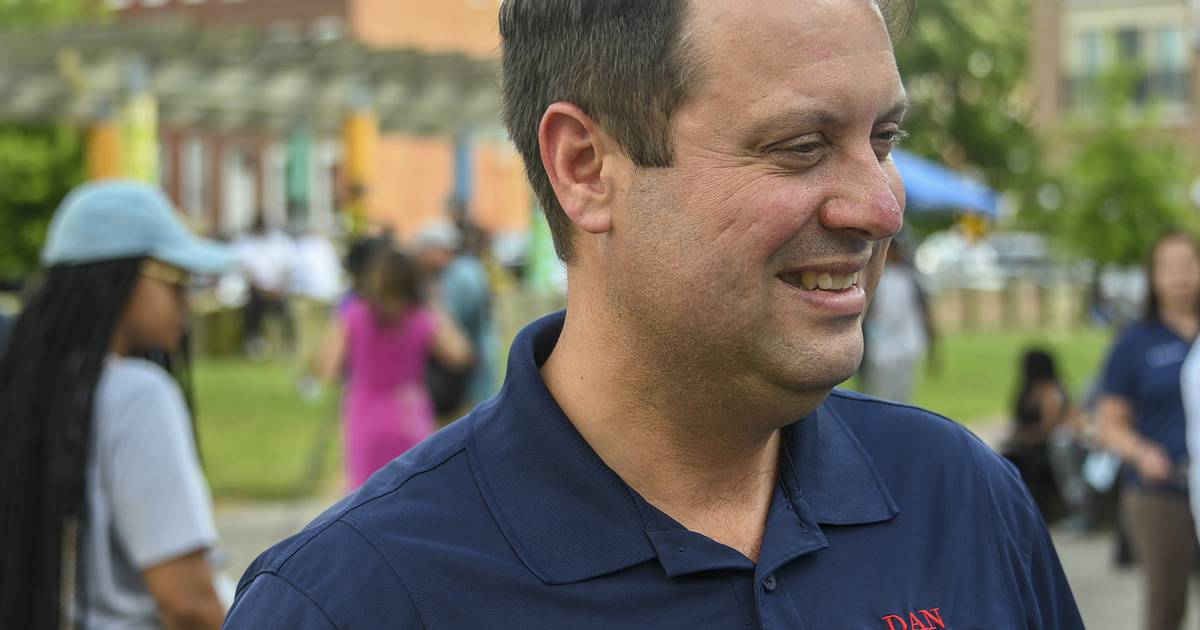 Maryland’s Republican gubernatorial candidate rushed to defend former President Donald Trump following the FBI’s search for documents stolen from Trump’s Florida residence and vowed to use the resources of the state of Maryland to ‘oppose’ the federal government if elected in November.

Cox said on social media that he, as governor, would use the Maryland State Police and the Maryland National Guard “to oppose all rogue actions by this tyrannical out-of-control Biden administration with a fierce tenacity”.

He did not specify what he would have law enforcement officers do or by what authority — other than vague references to state and federal constitutions — he would use to order them to act.

“Our children, our families and our loved ones and the freedom we cherish and which is our birthright as Americans demand that we stand against these criminal acts of the current administration,” Cox wrote in messages posted on Facebook and Truth Social, Trump’s own social media platform.

The statement was one of many he posted on several social media platforms, including eight Facebook posts, between Monday evening and Tuesday morning.

“Now is not the time to be silent,” Cox said in another post, calling on all Republicans in Maryland to publicly condemn the raid on Trump’s residence at the Mar-a-Lago Club in Palm Beach.

Cox’s campaign did not return an interview request and repeatedly declined to speak to reporters.

Cox won his primary campaign last month largely on his endorsement of the former president, whom he has long supported.

A first-time state delegate from Frederick County, Cox is also an attorney who helped spread Trump’s baseless allegations of voter fraud in 2020 and attended the Jan. 6, 2021 White House rally before the riot at the US Capitol. Cox said he didn’t go to the Capitol because the crowd turned violent, but posted on social media that Vice President Mike Pence was a “traitor” for not overturning the results.

Building on Trump’s policies and support, Cox launched his gubernatorial campaign last year and defeated Kelly Schulz, who was backed by incumbent Republican Gov. Larry Hogan, in the July primary. He will face Democrat Wes Moore in the November general election.

Political observers said Trump’s vocal support helped Cox win over the conservative base who turned out to vote in the primary, and Cox himself credited Trump with helping him win.

But in the three weeks since the primary, Cox has deleted a few lines from his personal biography on his campaign website that refer to his support for Trump.

At the time of the primary, the “Meet Dan Cox” page included the phrase: “As one of President Donald Trump’s volunteer attorneys in Philadelphia during the 2020 election, and at the Maryland State House, he led the struggle for electoral integrity.”

That sentence was removed, along with another sentence referring to his desire to “advance America’s political goals first,” according to a comparison between his Aug. 9 site and an archived version of it. .

Still, Cox’s comments online from the FBI search news show he remains firmly in Trump’s corner. He repeatedly used the hashtag #IStandWithPresidentTrump and accused President Joe Biden’s administration of breaking the law by ordering the search.

Cox, who turned 48 on Tuesday, also included his detailed statement on the research in a fundraising email to supporters, asking them to “donate $48 for Freedom Today Stand with Dan and President Donald Trump.” from the Tyranny Facing Our Nation and State”.

Maryland Democratic Party spokesman Ernest Bailey said in a statement that Cox “blindly places loyalty to Donald Trump and his harmful MAGA agenda above all else.”

“Cox’s primary concern is currying favor with a disgraced former president and making the rounds of the right-wing radio circuit,” Bailey continued. “He has repeatedly shown that in times of crisis he will seek to inflame tensions and fuel partisan divisions.”

During a Tuesday morning radio appearance on WFMD’s Morning News Express, Cox said US Attorney General Merrick Garland was “corrupt” and called for his resignation, alleging Garland was “acting outside the control of the law. “.

Cox went on to say that under the Presidential Records Act, the President is “designated as the authority to determine what records he must keep as part of his presidential record so that he can write his memoirs. “.

“So when there’s a question, there’s always regulatory review by the archivist,” Cox explained. “This is not an FBI raid.”

According to the National Archives, the U.S. government retains full ownership of presidential records or documents received by the president, his immediate staff, or an adviser that have an effect on his ability to perform his constitutional duties, once a president has completed his term. mandate in office.

Keep up to date with Maryland politics, elections and important decisions made by federal, state and local authorities.

This does not include personal records, diaries, diaries, personal notes, and other documents that do not imply the ability of the President to fulfill his constitutional mandates.

Details of the search warrant have not been released and it is unclear what, if any documents were recovered during the search.

Hogan, who plans to run for the Republican presidential nomination in 2024 against Trump, called on the Biden administration to be more transparent about the search.

“These are unprecedented circumstances that demand unprecedented transparency and accountability from our government institutions,” Hogan said in a statement. “The American people deserve to know all the facts as soon as possible, and I call on the Biden administration to release – at a minimum – the documents authorizing the FBI search. If the federal government cannot ultimately provide overwhelming evidence that action was absolutely necessary, it will only undermine faith in democracy and the rule of law and further divide Americans.

Hogan said he would not support Cox, who tried to impeach the governor and sued him over his administration’s COVID-19 policies.

While it’s unclear for what exact purpose Cox hopes to use the State Police and National Guard, they are typically deployed by governors to respond to states of emergency, not to counter law enforcement. federal law.