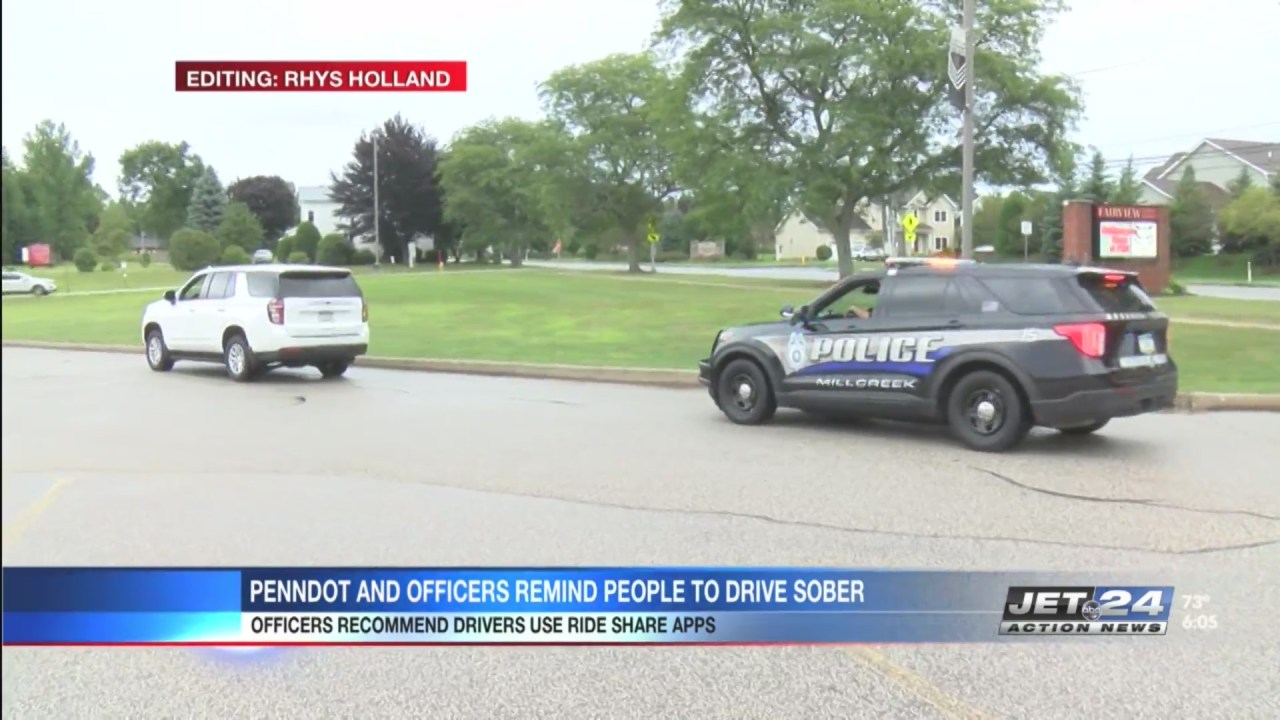 Local law enforcement and PennDOT are teaming up to remind people to drive sober as Labor Day weekend approaches.

Here’s more about their efforts and what they hope to get out of it.

PennDOT and the Millcreek Township Police Department show drivers what happens if they are caught while driving under the influence during a mock traffic stop.

Driving sober is the goal behind PennDOT and the Millcreek Police Department Mock DUI Traffic Stop.

According to PennDOT, 945 crashes occurred in the state of Pennsylvania over Labor Day weekend last year, including 38 drug-related and 106 alcohol-related.

“We do this to show the public that we are there, we are trained. Those three tests I just showed are scientifically proven to show impairment,” said Matt Shollenberger, Traffic Officer, Millcreek Township Police Department.

Sobriety tests range from drivers walking in a straight line to a breathalyzer where officers are able to identify signs of impaired driving and then ultimately arrested for driving under the influence.

“It’s ongoing despite the fact that we talk about it every year. This continues every year, especially around the holidays. As we approach Labor Day here in a few weeks, we are just reminding people to make responsible decisions and not drive even if you are under the influence of drugs or alcohol,” Saxon said. Daugherty, District 1. Security Press Secretary for PennDOT.

Officers point out that with all rideshare apps, there’s no excuse not to get home safely.

With these carpools – Uber and stuff like that, use that. Have a friend, a designated driver. We’ve seen more of this in the last two years, I mean it’s easy to do. And you don’t have to live with the fact that you hurt someone because you made the wrong choice,” Shollenberger said.

The officer and PennDOT also believe the simulation is timely ahead of CelebrateErie this weekend.

They hope the simulation will be a deterrent to the community.

2022-08-16
Previous Post: Facebook cooperated with law enforcement in an abortion case. Did he have a choice?
Next Post: On a trip to Poland, students reflect on religion, international law and atrocities | News | Department of Political Science