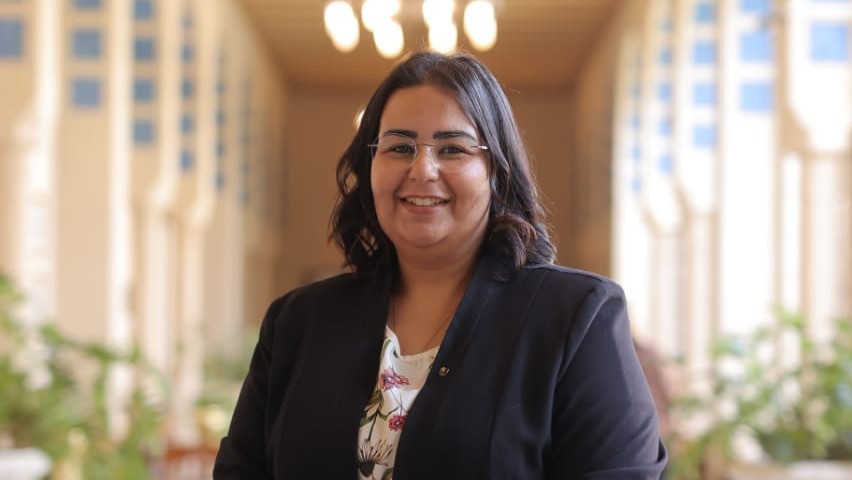 Ethiopia does not respect international law by violating the principle of State succession in respect of treaties: Legal expert

About 95% of Egypt’s water supply comes from the Nile, which is why the Grand Ethiopian Renaissance Dam (GERD) is one of the country’s most pressing water problems.

The GERD conflict began with its construction in 2011, and although negotiations have been conducted between the parties concerned since then, no agreement has yet been reached.

Egypt and Sudan have complained that Ethiopia acted unilaterally when it began filling the GERD without a final agreement to operate and fill the dam.

International legal consultant Nourhan Moussa has filed a complaint with the United Nations Human Rights Council (HRC) against Ethiopia for its unilateral measures which would affect the lives of people in Egypt and Sudan.

How could HRC arbitrate to resolve the dispute? After having recourse to the Security Council, what to do next? Moussa spoke to Daily News Egypt about the legal aspects of the GERD issue.

The HRC is one of the UN bodies that gives individuals the right to lodge human rights complaints. Therefore, Moussa filed a complaint with the HRC as an international law researcher, regarding the Nile Dam issue.

She said the dam crisis has more than one dimension. It’s not just a dispute over water, as Russia has said, but it’s a matter of survival.

The GERD crisis also has an economic, social and human influence that will affect regional stability and security, which is why I turned to the HRC, she said.

Regarding Ethiopia’s disavowal of any previous agreement with Egypt on the pretext of having been signed during the British occupation, Moussa said that there is an important principle in international law, which is the succession of States in respect for treaties.

She explained that this principle preserves agreements. If every country that was once under mandate or occupation repudiated the agreements signed during that time, the borders between countries will continually change, and so on.

According to this principle, agreements concluded by predecessor States remain valid and binding under the successor State.

She also explained that article 11 of the Vienna Convention on the Law of Treaties, published in 1969, stipulates that countries would be bound by a treaty, whether through signature, the exchange of instruments constituting a treaty. , ratification, acceptance, approval or accession, or by any other means if so agreed.

“In my complaint to the CDH, I made reference to the right to life, explaining that the consequences of the GERD crisis affect human survival and the survival of Egyptian culture which has lasted for more than 7,000 years. I clarified that the dam is a clear threat to the lives of over 150,000 people in two countries (Egypt and Sudan), ”she said.

She also wrote in the disclaimer: “This complaint was written while the road to negotiation was still on.”

“I also wanted to clarify that there is stubbornness on the Ethiopian side to reach an agreement, which will surely lead to the destruction of the living conditions of 150,000 people in Egypt and Sudan,” she said. .

“In the complaint, I urged the CHR to present its recommendations to the international community,” she added. “Ethiopia not only unilaterally built and filled the Nile Dam, but also ignored all international and humanitarian principles and refused any mediation to resolve the crisis.

“Although the world is suffering from the coronavirus pandemic (COVID-19), the peoples and leaders of Egypt and Sudan are striving to find solutions to the GERD crisis, which threatens the survival and national security of both countries” , indicates the complaint.

In addition, Moussa presented the Ethiopian international treaties, agreements and protocols signed in this regard, in particular the treaty between the United Kingdom and Ethiopia in 1902 and 1906, as well as the general framework of cooperation between Egypt and the Ethiopia in 1993. He clarified in Articles 4 and 5 that the use of the Nile water will be determined by expert discussions on both sides based on the principles of international law.

Article 5 of the framework for cooperation stipulated that each party should refrain from any activity related to the waters of the Nile that could harm the interests of the other party.

She also asserted that Ethiopia should also abide by another principle of international law, which is not to cause transboundary harm. She explained that transboundary damage means damage caused in the territory or other places under the jurisdiction or control of a State other than the State of origin.

As for Egypt’s appeal to the United Nations Security Council for the second time, Moussa said it was planned.

Moussa also expected the Security Council to advise resuming negotiations, but she believed negotiations would return with international mediation from other countries rather than the African Union (AU), as Egypt clarified that the AU-led negotiations were at an impasse. . He also noted that the mechanisms for implementing international law during previous talks were largely subject to political interests.

Although international law respects international sovereignty, political interests play a very important role in resolutions of the Security Council and other United Nations bodies, she said.

Meanwhile, the United States called for the resumption of negotiations between the warring parties. Moussa believes that the US position came in light of the change in US administration from former President Donald Trump to President Joe Biden, which forces the United States to renew the call for diplomatic solutions to the crisis.

However, the United States asserted that the AU should address this issue on the basis of the 2015 Declaration of Principles, she added.

The GERD Declaration of Principles was signed by Egypt, Ethiopia and Sudan in Khartoum. It consists of 10 principles, including the fact that cooperation must be based on mutual understanding, mutual interest, good intentions, benefit for all and the principles of international law.

The minister stressed that despite Ethiopian intransigence, Egypt is a peaceful country which has never attacked other countries throughout history and does not engage in provocative issues.

Shoukry said Egypt is not against development in Ethiopia. On the contrary, Egypt has expressed its willingness to finance and operate GERD.

Therefore, the dam crisis is not a water issue, but has political, economic, social and humanitarian aspects.

Moussa said Security Council member states did not welcome discussion of the crisis, so African Union-led negotiations will resume as Ethiopia will not accept any external mediation to resolve the dispute. .

But it is very likely that the Council will demand a solution to the crisis through negotiations, and the Council said that the African Union still has the capacity to resolve the crisis.

Although the previous talks ended at an impasse, if the international community and the Security Council put pressure on Ethiopia by setting a timetable to reach a solution satisfactory to all parties, a solution would be possible. Without a timetable for negotiations, the 10-year stalemate will continue.