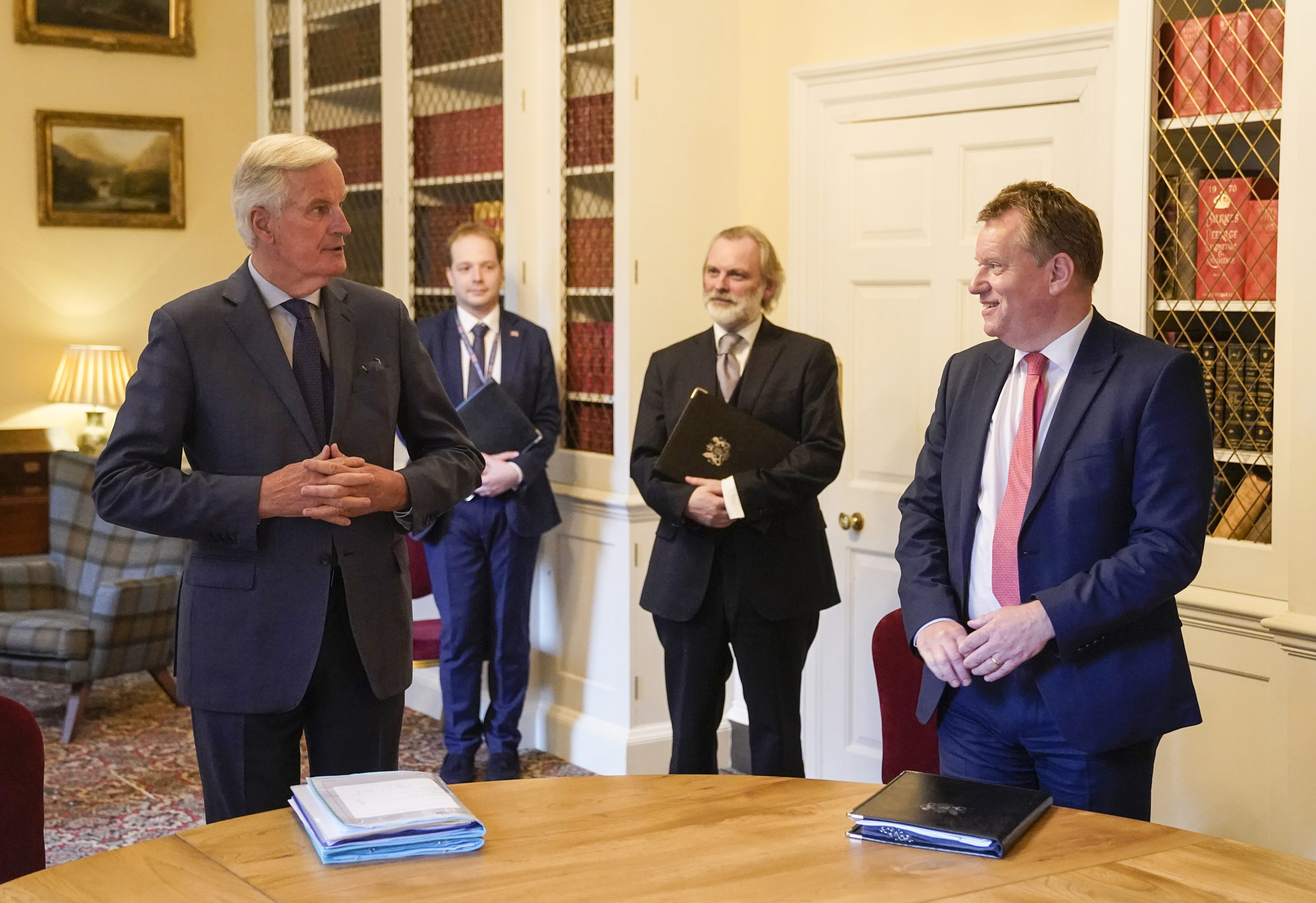 This is not the finest hour of the British government.

His plan to introduce the Internal Market Bill arguably breaches international law and overrules, in certain given circumstances which have not yet materialized, parts of the Northern Ireland Protocol which has been agreed between the Kingdom UK and EU only a few months ago.

As a result, he prompted the resignations of two senior law officers and threatened a backbench rebellion that now appears to have been put down by compromise.

What is surprising is the outraged reaction from the EU. Unfortunately, breaking international law is not uncommon and the EU itself is no stranger to it.

For years, the EU ignored WTO rulings on GMOs and hormone-treated beef. The Court of Justice of the European Union has, at least twice, ruled that the EU is not bound to follow international law – once in the context of WTO law (Portugal v Council) and once (the Kadi-Barakaat case) effectively ruling that the EU should ignore the UN Charter – the highest level of international law – if it comes into conflict with internal EU structures.

The EU is also not respecting its own internal treaty obligations. When France or Germany broke treaty commitments in terms of deficits and debt levels, nothing happened. When Poland and Hungary undermine the rule of law in the EU, there is a lot of talk and no action. Whether the European Central Bank is currently operating within the limits of the treaties is a subject of debate.

And the EU is not alone. China repeatedly breaks international law – in the South China Sea, in its treatment of Uyghurs, in disregarding WTO rules, in Hong Kong, etc., etc., etc. Yet the EU is putting renewed energy into an EU-China trade deal.

Israel has lived for years in violation of international law with its settlements in the West Bank. However, the EU maintains normal relations with Israel.

None of this is to say that the UK is justified in its attempt to renege on its Protocol commitments. Just that the EU is not in a position to adopt high morals.

That this spat should occur is not surprising.

It was apparent at the time of signing the Withdrawal Agreement that Boris Johnson was promising mutually incompatible things to different people. Northern Ireland Protocol was not something he or many in his government were happy with. But the prime minister’s personality is such that he probably signed the deal thinking that somehow there would be a way around the downsides. But that was a battle for another day.

That day has now come – even though he didn’t need it. Many steps must be taken before we get to the point where the internal cohesion of the United Kingdom is threatened under the sometimes contradictory terms of the protocol. The British government could have waited until all remedies had been exhausted before acting. The intention, I believe, was to make it clear to EU negotiators which direction it would head if the negotiations failed. It thus hopes, in the precious weeks that remain, to give new impetus to the negotiations. Whether this will work or be counterproductive remains to be seen. We should not judge the final result by the statements made in the newspapers.

In assessing the Brexit process, we could do worse than heed the words of John Maynard Keynes. In the 1930s, he wisely warned that countries should be careful not to get too entangled with each other. Yet he also advised that “those who seek to rid a country of its entanglements should be very slow and careful. It shouldn’t be about pulling out roots but slowly training a plant to grow in a different direction.

If we were to follow such sound advice, the Brexit process would be a multi-year process of slow unraveling. But neither side can probably make it work.

Boris Johnson believes such a measured process would be politically untenable. That he would be pilloried by many in his own party and around the country for failing to ‘get Brexit done’. He’s probably right. The prospect of dragging it all out indefinitely fills them with great dread.

The EU would probably not object to a much longer process – it was ready to extend the transition period. But it is doubtful that the intention was to act in good faith to find ways in which the UK could really sort itself out as easily as possible for both sides; or whether the underlying objective would be to keep the UK in its orbit of influence (and to make financial contributions) for as long as possible and to ensure that there are visible negative consequences for a country who dares to withdraw from a bloc whose membership is supposed to be given voluntarily.

The Brexit negotiations have come a long way – and probably could have gone much further without the insistence on parallelism. A potential deal is at hand. It remains to be seen whether both sides can bring themselves to remember that their job is to act in the best interest of their citizens rather than to go along with their own ideological positions.

Joe Zammit-Lucia is one of the founders of RADIX, the Radical Center think tank (www.radixuk.org) and a commentator on issues relating to political economy.