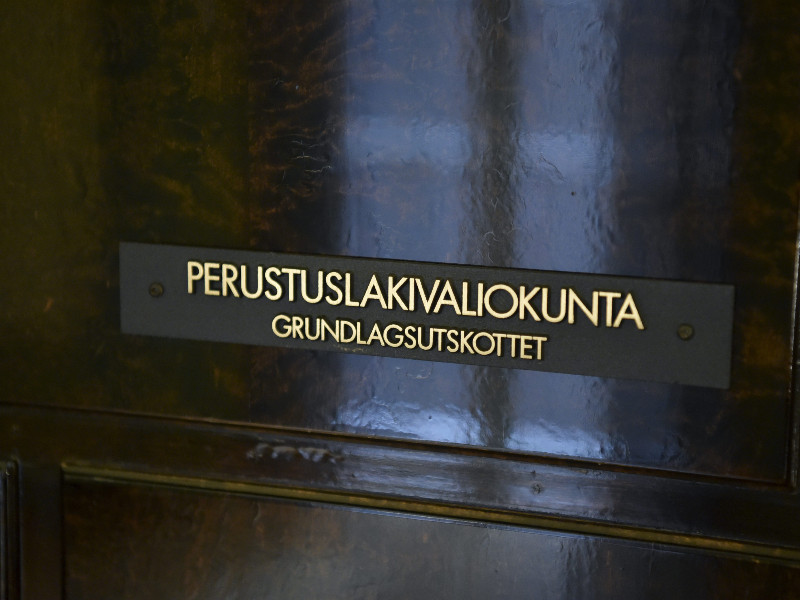 CONSTITUTIONAL LAW The committee decided on Tuesday that the European Union’s €750 billion Recovery and Resilience Instrument should be backed by a two-thirds majority rather than a simple majority in Finland’s parliament, reports Helsingin Sanomat.

The committee made its decision after assessing whether participation in the instrument signals a meaningful transfer of power to the 27 countries from Finland’s sovereignty perspective.

Its decision indicates that it does, although, unusually, it failed to reach a unanimous decision on the issue, with nine of its members voting in favor and eight against the stricter majority requirement. . Center Party members on the committee voted alongside opposition members for a two-thirds majority, while members of the other ruling parties voted against, attaching a dissenting opinion to the decision.

“I feel like we are dealing with such a massive transfer of authority from one member state to the union that broad support is needed for a package like this,” Mikko Kinnunen (Centre), member of the Constitutional Law Commission, explained to Helsingin Sanomat.

“It simultaneously sends a strong message to the European Union that it really should be a one-size-fits-all package.”

The decision was a blow to the government, although it is still likely that the instrument will receive the required support from lawmakers. The National Coalition announced on Tuesday that it would collectively vote blank on the issue, reducing the number of votes required for a two-thirds majority. Antti Kurvinenthe chairman of the Center parliamentary group, told STT that the party would support the instrument in the session hall.

The recovery instrument has been criticized in particular by the Finnish party and the Christian Democrats.

All EU member states must ratify the so-called National Own Resources Decision to allow the 27-nation bloc to take out a loan to set up the facility. Finland is in a critical position after the committee’s decision, as the ensuing parliamentary vote could collapse both the recovery instrument and the EU’s multi-annual budget.

Antti Rinne (SDP), the chairman of the Constitutional Law Committee, denied on Tuesday that the failure to reach a unanimous decision on the issue reflects the politicization of the issue, arguing that both conclusions could be drawn based on an assessment judicial.

“I want to believe it was done based on forensic assessments,” he said.

“This thing collapsing would be a disaster. And if it collapsed due to lack of support from the Center or the National Coalition, I think that would lead to a very unfortunate situation where you would have to raise questions about the ‘irresponsibility,’ he commented earlier yesterday, before the two sides clarified their positions.