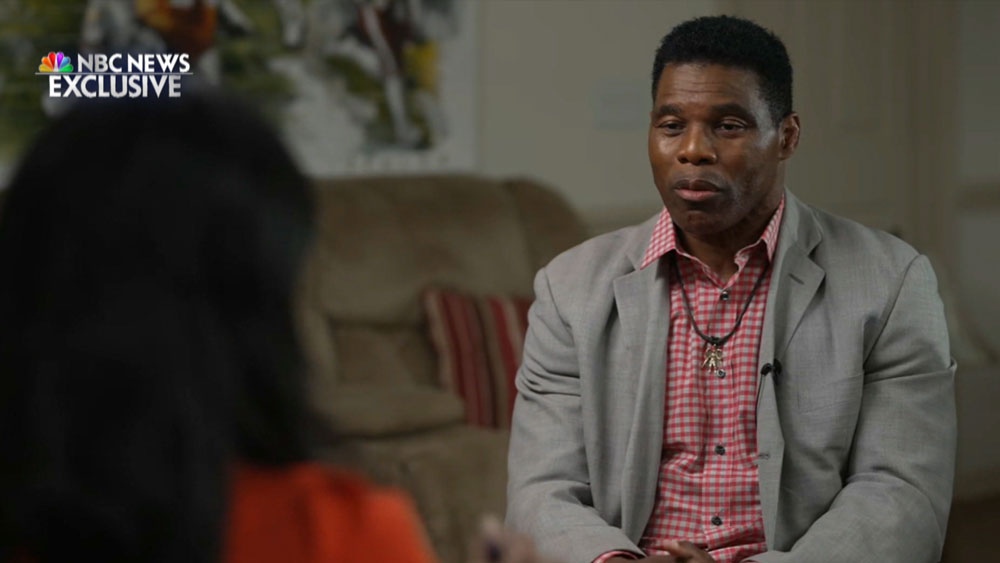 Herschel Walker is in a contentious race for the Georgia Senate seat in a battle against incumbent Raphael Warnock. The former football player was called out for falsely claiming he had worked in law enforcement and during a recent debate he displayed a badge which the moderator called a ‘prop’.

Following this controversy, Walker says the law enforcement badge is real and not fake.

Walker told NBC News’ chief White House correspondent and co-anchor of Weekend TODAY Kristen Welker that he has badges “from all over Georgia” and that the badge he had in the interview was from his hometown of Johnson County.

“Anyone can laugh, but this badge gives me the right – wait, let me finish. If anything happens in this county. I have the right to work with the police to get things done,” a- he continued, adding that he “had worked in law enforcement for years.”

RELATED: Cedric The Entertainer Roasts Herschel Walker and His Senate Bid: ‘We Don’t Need to Add Any More Crazy to This Mix’

Walker continued, “I do a training program but they get credit for it. I’m doing a program, a leadership program. I do health and wellness programs. I visit prisons so everyone laughs at me, but I’ve been – I’ve got my men and women in black – blue-backed men and women ever since I’ve been doing this.

The GOP candidate for U.S. Senate in Georgia clarified that it was an “honorary badge” and said law enforcement called him “when they want me and I have the power to do things so that they work with them all day”.

Welker pointed out that the National Sheriffs Association “said an honorary badge ‘is for the trophy showcase,'” and asked Walker why he flashed it during the debate.

Walker then said the Cobb County Sheriff’s Police who gave him the badge “came out and did a press conference with me and said, ‘Herschel has been with us for years, he was working with us.’ “

The Senate candidate also claimed he has more support from sheriffs “in Georgia than any candidate running today.”

The continuation of Walker’s interview will air tomorrow on TODAY on NBC.