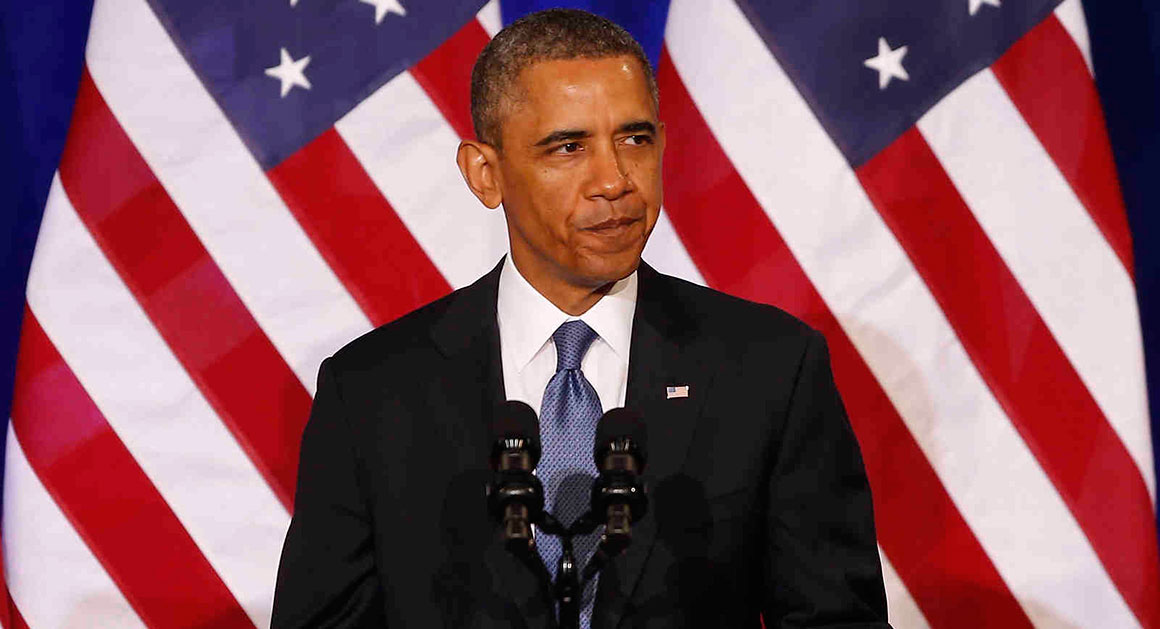 
In his speech intended to allay concerns about government surveillance, President Obama free friday a kind of introduction to the history of espionage, from the heroic patrols carried out by Paul Revere during the Revolution to the sordid bugging the FBI perpetrated against Martin Luther King, Jr.

The history lesson – sparked, of course, by the revelations of former NSA contractor Edward Snowden, which laid bare some of the way the Obama administration does programs – preceded a series of reform proposals in which the president presented himself as the Great Balancer, one who understands the risks and benefits of spy programs, while remaining mindful of competing concerns of freedom and security. “We must make important decisions about how to protect ourselves,” Obama said, “while respecting the civil liberties and privacy protections that our ideals and our Constitution demand.”

As an act of political positioning, the speech could help Obama in the PR moment, but it’s unclear whether the former constitutional law professor promised enough to put his administration and the government on the right side of the Constitution. .

It’s an approach the president has already taken with success: invoking a tradition of government restraint without imposing meaningful restrictions.

Certainly, some of what he pledged to do on the issue of domestic surveillance — the NSA’s controversial collection of US citizens’ phone metadata — will help address Fourth Amendment concerns. Obama ordered an immediate end to the program as it currently exists, calling instead for a system that removes the government from storing the data it collects. And he wants to demand that the government get FISA (Foreign Intelligence Surveillance Act) court approval before accessing that data, unless there is an emergency. And further, he wants to limit the types of call records the government can probe, limiting searches to people two paces (or “hops”) away from a suspect, instead of three, which is current practice.

But Obama refrained from adopting a number of the changes advocated by his own Consultative Committee on the issue, a group of experts and academics he has brought together to examine possible reforms. Instead, what the president is more likely showing is a different kind of balancing act, a decision to tinker just enough to calm critics, but not enough to significantly disrupt the status quo. It’s an approach the president has already taken with success: invoking a tradition of government restraint without imposing meaningful restrictions.

Among Obama’s most significant reform omissions is one that would have required court approval of National Security Letters, a powerful tool used by the FBI to gather corporate business records, without requiring the disclosure of the requests themselves. Instead, Obama promised an adjustment, limiting how long requests for information can be kept secret.

The president’s reforms to the FISA court are also mixed. The court currently operates in secret and hears only from the government, contrary to the basic principles of due process. Obama said he would ask Congress to create a public attorney to defend privacy concerns in the FISA court, as requested by his advisory group. But Obama did not say whether the lawyer’s ability to plead would be left to the discretion of the secret court. Obama also rejected the panel’s recommendation to revise the method of selecting the 11 court members to create more balance. Currently, Chief Justice John Roberts decides the composition alone.

Foreign governments, of course, were following the president’s words as closely as Americans. After all, some of the strongest reactions to Snowden’s spy revelations concern what the NSA is doing overseas. Obama promised to increase protections for foreigners, promising that the United States would be smarter about how it spy on foreigners. And he said the US would stop spying on ‘dozens’ of foreign leaders, a practice that has caused a diplomatic storm following reports the US had listened to the German chancellor’s phone calls Angela Merkel. But he left in place the government’s power to collect foreign intelligence through a virtual net authorized by FISA amendments passed in 2008.

We’ve seen this kind of response of Obama before, when he used the important grand speech to tackle major constitutional controversies. In his 2009 remarks to the National Archives, Obama affirmed his intention to reform Bush-era practices that he said had undermined American security and values. Although torture has been eliminated from the country’s counterterrorism toolkit, the Guantanamo Bay prison continues to be used, as do military commissions and the imposition of indefinite detention. The speech nevertheless helped to create the impression of a broader change.

Last spring, Obama gave a major speech at the National Defense University focused on drone strikes. The president spoke eloquently about the need to control drones and the risks of a perpetual war on terrorism. Drone strikes, of course, have continued since the speech, but with somewhat less frequency and fewer civilian deaths than before, and the war on terror rages on. The speech nonetheless helped ease concerns about the drone program.

Today’s speech may prove less effective. While asserting that government surveillance is measured and lawful, Obama nevertheless deviates in various respects from the recommendations of his own advisory group. Additionally, details of major changes, including telephony metadata collection, which will continue in a different form, remain unclear. Other changes depend on congressional action, postponing rather than resolving the controversy.

Government surveillance also generates unique pressures. Espionage of this type alters the fundamental relationship between the US government and its people. This hurts major telecommunications and internet companies, who claim NSA spying costs them billions of dollars. Notably, Obama failed to address key industry concerns about the NSA’s desire to crack encryption software if necessary.

Moreover, mass surveillance jeopardizes our relationships with foreign governments, not only because they do not support it (as with Guantanamo), but also because they (and their citizens) feel victimized.

Perhaps most strikingly, the administration is more powerless to shape the narrative on this issue than on other counterterrorism issues. More revelations from Snowden are said to be imminent. Courts and legislators are in a hurry to react in their own way. Unlike drones, for example, the contours of the story will evolve beyond the President’s reach.

Espionage can be difficult, but the president might find it even harder to limit the fallout.

This article tagged under: