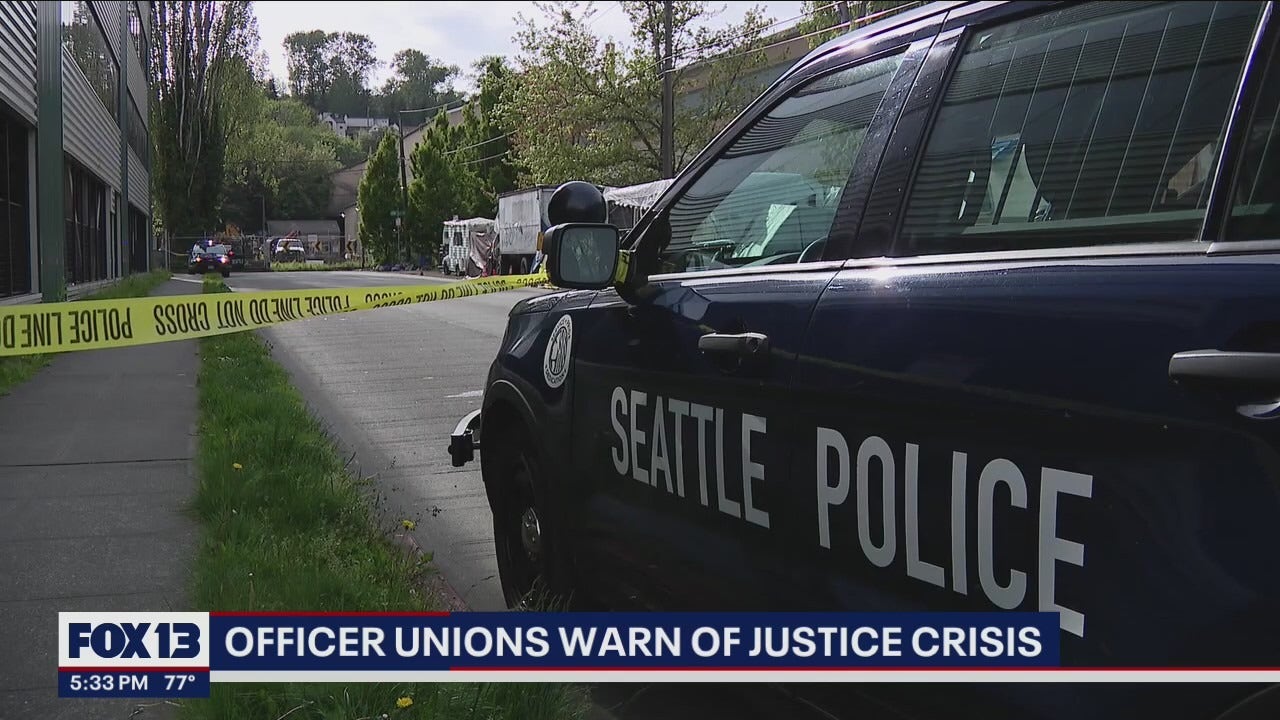 Police union claims ‘crisis of justice’ due to staff shortages

The three presidents of King County’s largest law enforcement unions are calling on lawmakers to “take politics out of the court system”, saying staffing shortages are undermining victims’ right to justice.

SEATTLE – The three presidents of King County’s largest law enforcement unions are calling on lawmakers to “take politics out of the court system”, saying staffing shortages are undermining victims’ right to justice.

“With everything that’s happened in the past two years, nobody really wants to do this job anymore,” said Mike Mansanzarez, president of the King County Officers Guild.

“We lost 100 officers; inside the jail, it’s pretty much emergency personnel,” said Dennis Folk, president of the Corrections Guild.

The presidents made their remarks to the media when they announced their joint endorsement of Jim Ferrell – the current mayor of Federal Way – and his candidacy for King County prosecutor in the November election.

“Victims should be at the center of this post-defunding nonsense we live in,” said SPOG President Mike Solan. “It is historic that these three unions have come together to form this coalition to engage reasonable communities in our area of ​​King County to amplify the seriousness of the situation.”

“The old guard is retiring and that leaves a lot of holes,” Mansanarez said.

Solan said the Guild has had about 500 departures from the Seattle Police Department over the past two years, and 350 personnel are currently eligible to retire this year.

“We have about 850 deployable officers and detectives still employed,” Solan said. “If you remove 350, you are decimating our ability to respond to 911 calls.”

The presidents say there are ways to improve the criminal justice bottleneck of cases that are clogging prisons. They call on lawmakers to approach criminal justice with the rights of the victim in mind and to keep offenders behind bars.

RELATED: Mayors pressure King County Jail to start accepting bookings and getting offenders off the streets

Get news alerts in the FREE FOX 13 Seattle app. To download for Apple iOS or Android. And sign up for BREAKING NEWS emails delivered straight to your inbox.

“We can’t book people, so where do you take people who victimize our communities?” said Solana.

The King County Department of Adult and Juvenile Detention admitted that staffing issues resulted in inmates being held in their cells for long periods of time.

“What that comes down to saying is that the inmates in our custody are also suffering,” Folk said.

Terri Stanley said her boyfriend, who has been in jail for 18 months awaiting trial, has experienced the lengthy detentions over the past year.

“When you’re only out for an hour, you have to try to shower and take care of your personal hygiene, while trying to call your family,” she said. “It’s not even physically possible, they have to queue to use the phone.”

The three unions are considering a campaign to raise awareness about personnel issues similar to the one SPOG waged against the Defund the Police movement, following the killing of George Floyd by Minneapolis police.