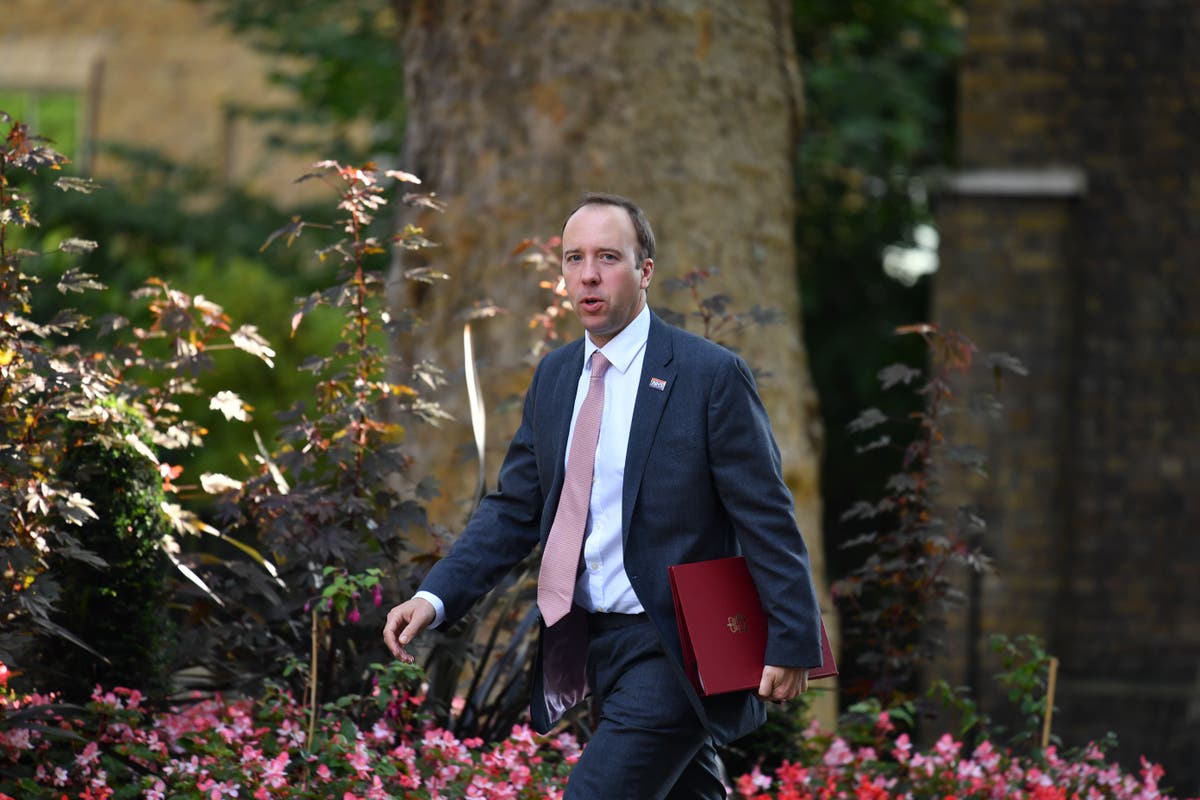 Matt Hancock said he was comfortable with a minister highlighting the UK’s willingness to break international law because of its intention to unilaterally crush part of the Brexit Withdrawal Agreement.

Speaking after Cabinet Secretary Brandon Lewis acknowledged the proposals unveiled this week were illegal in a ‘very specific and limited way’ – sparking outrage – the Health Secretary defended the Government’s approach.

His comments also came after the government’s top lawyer resigned following reports that No 10 would backtrack on the Brexit deal if talks on a future trade deal with Brussels collapsed.

Asked if he was comfortable with a minister saying the UK is prepared to break international law, Mr Hancock replied: “I am.”

He said Times Radio“The main international obligation around this issue is to protect the peace process in Northern Ireland and I very much hope that we will conclude an agreement before the end of the transition period and I believe that we will and it is in everyone’s interest to do it because we did it the last time.

“But I also understand why ministers have chosen to give top priority to the importance of protecting the peace process in Northern Ireland.

Speaking as the government outlined tough new national laws on social gatherings – to curb the spread of coronavirus – Mr Hancock also said ‘no’ when asked if people could break the rules ‘in a way very limited and specific”.

In a separate interview, the minister insisted the public must follow the rules despite the government’s willingness to flout international law on Brexit.

“Following these rules is absolutely vital to protect life. We have unfortunately seen the increase in the number of cases in recent days. We have seen that across Europe there is a second wave that many countries have experienced,” he said. News from heaven.

He added: “Some of these countries then got this second wave under control. If you look at what happened in Belgium, they saw an increase and then they reduced it, whereas in France and Spain it just didn’t happen.

“On the issue of the Northern Ireland protocol, the government has a number of international obligations and chief among them in this context relates to the protection of the peace process.

“In the case of the coronavirus, everyone understands how important it is that we keep this under control together, we cannot do it individually because of the nature of the disease. So, yes, it is extremely important that everyone is following these new rules and we will put strict enforcement in place.”