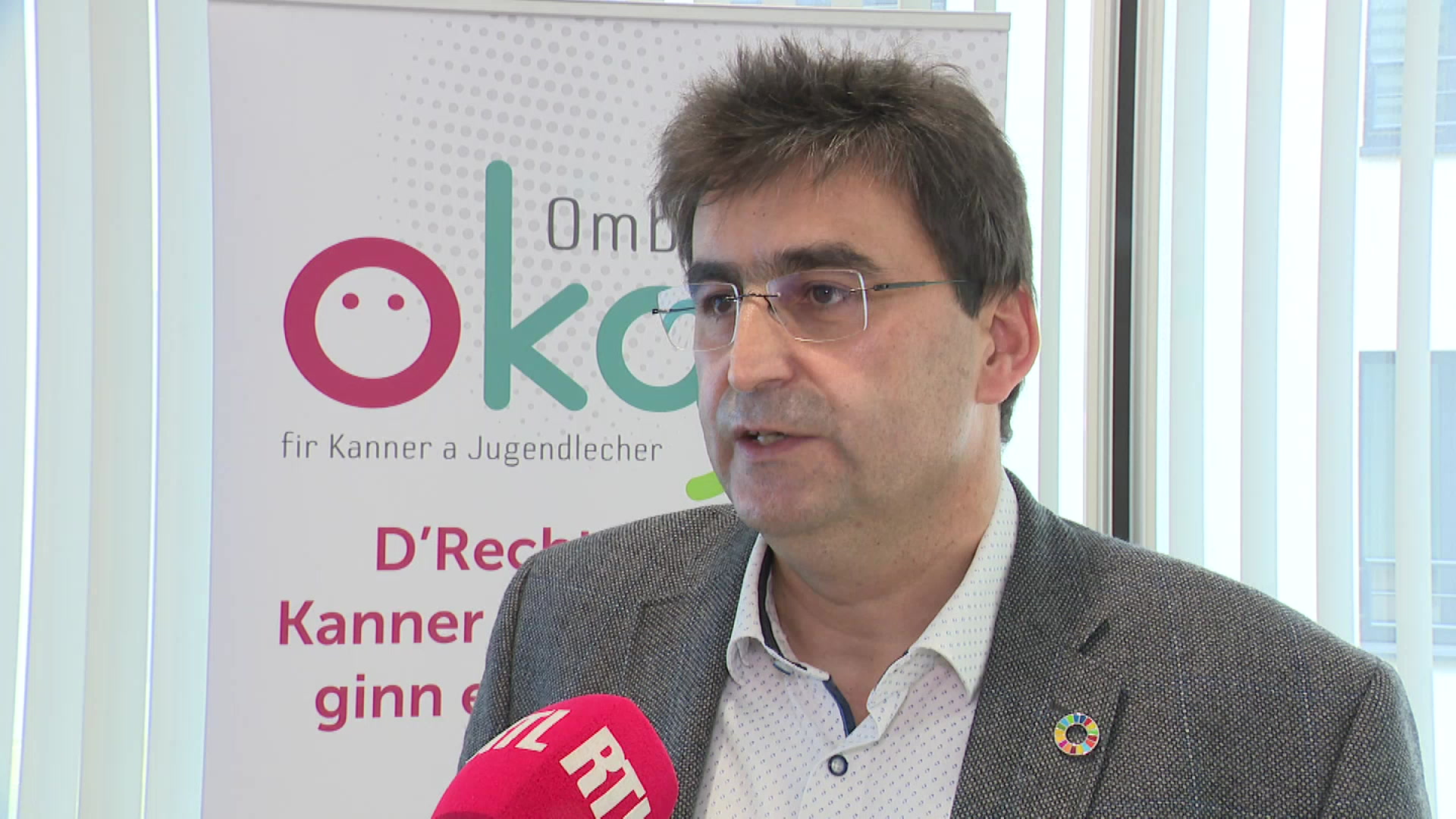 As part of the planned reforms, the punishment and protection of minors must be clearly separated. RTL spoke to Charel Schmit, the ombudsman for children and young people, about the proposed changes.

The reforms carry a completely different vision, which above all advocates prevention. However, major changes also come with major disagreements between the various representatives.

Schmit lamented certain attitudes within the children’s services sector, particularly after Marie-Claude Boulanger, the director of central social welfare services, expressed her dissatisfaction with the fact that only minors over the age of 14 are subject to criminal law.

Schmit responded by recalling that 14 is the age recommended by the Commission on the Rights of the Child in Geneva. After all, this is not only an average found in European countries, but also the result of a series of psychological studies.

He also touched on the fact that the Luxembourg police have not published any statistics on youth crime rates since 2018. How are you supposed to have constructive and productive discussions without arguments backed by evidence? Boulanger’s example had been a hypothetical murder by a 13-year-old, but Schmit exposed it precisely because it lacked a statistical basis.

The new philosophy of the forthcoming reforms clearly puts the rights of minors at the forefront. However, it is not a free pass either.

The new criminal law for minors breaks with the trivialization of certain things and empowers people from the age of 14. As we get older, we are given more responsibility because we are more mature and we can think about the consequences of our actions. But the priority is always that we can learn from it and not be excluded from society.

It’s a much more human approach. Juveniles who have committed more serious crimes should not have contact with adults in prison under any circumstances. The Troisvierges juvenile detention center will thus increase from twelve to twenty-four units and will be taken under the wing of the prison administration.

Another important aspect of the reforms is the introduction of pretrial detention. This is a big step in terms of children’s rights, because juvenile offenders now benefit from all the legal guarantees enjoyed by adults.

The reforms consist of three pieces of legislation, which the ombudsman welcomes. Schmit also points out that in the future, more people will work in child protection to devote more time to the cause.