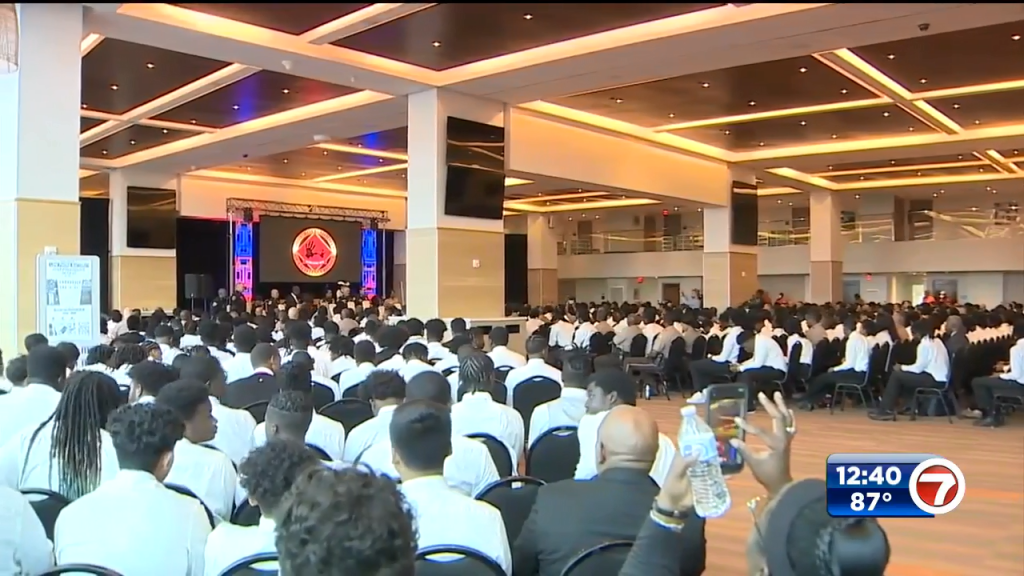 For the first time in person since the pandemic at an annual conference.

“Wonderful that we are now back in person. We had to do this activity on Zoom, which was not as effective,” said MP Frederica Wilson.

All of the students at the event are part of Project 5000 Role Models of Excellence, an organization Wilson started in the early ’90s to disrupt the so-called “school-to-prison pipeline.”

One of their main goals is to bring at-risk young men and Miami-Dade and Broward county authorities together in the same room.

“Breaking down barriers, face to face,” said manager Freddy Ramirez, Miami-Dade PD. “We put ourselves in awkward positions. We place young people as officers, and we set ourselves the role of, you know, asking about perceptions of disrespect and vice versa, and we each feel that feeling from the perspective of the child in the car and the officer.”

Law enforcement and students learn from each other.

“It really matured my mindset. When I was younger, I was more afraid of the police, of being arrested, and I learned to be more respectful, ‘Yes, sir’ , ‘Yes, ma’am, and to see them as humans, instead of the uniform they have on,” said Stanley McKiney, a high school student.

Tuesday’s event focused on the northern part of Miami-Dade, while next month’s event, which will take place at the FTX Arena, will focus on southern schools.

Copyright 2022 Sunbeam Television Corp. All rights reserved. This material may not be published, broadcast, rewritten or redistributed.