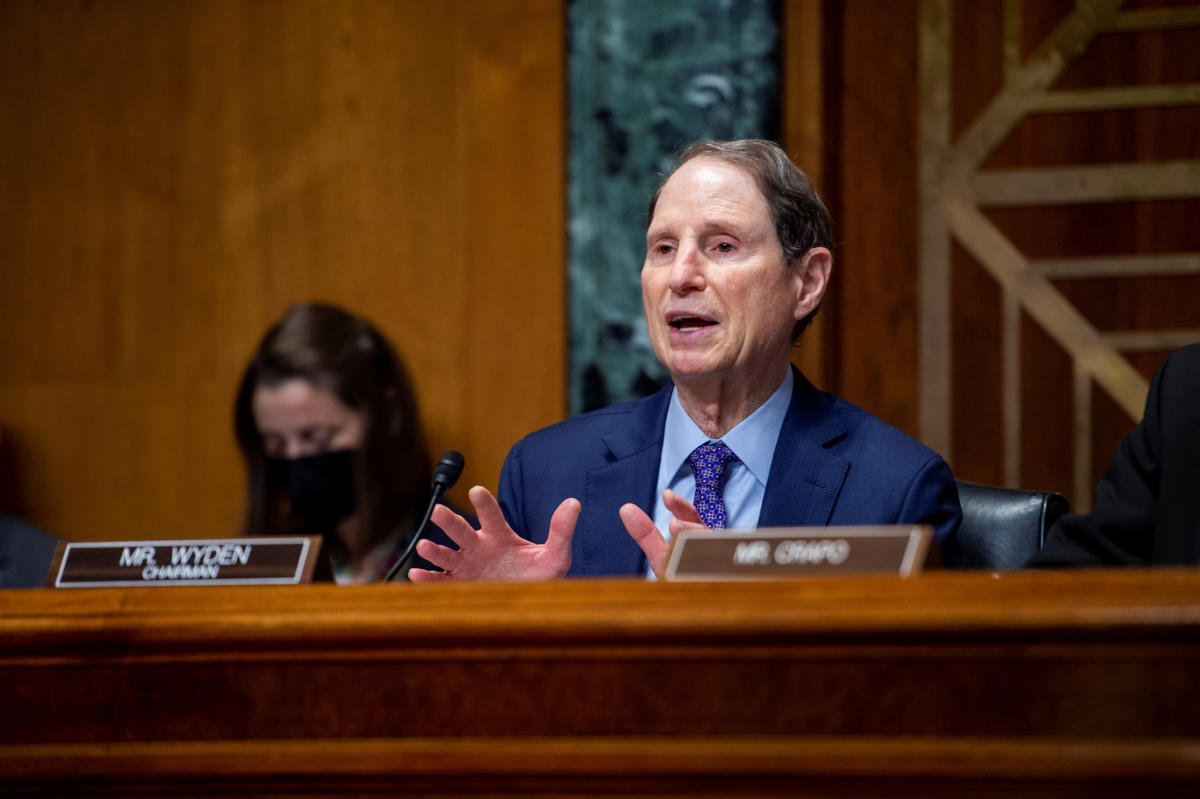 According to a letter sent by Senator Ron Wyden to Secretary of State Antony Blinken and obtained by Yahoo News.

The information was uncovered by Wyden during his ongoing investigation into Yahoo News reporting on Operation Whistle Pig, an extensive leak investigation launched by a Border Patrol agent and his supervisors at National Customs Targeting Center. and border protection of the United States.

On Wednesday, Wyden sent a letter to Blinken requesting detailed information about which federal agencies have access to State Department passport information on US citizens.

“I am writing to express my deep concern that the Department of State is providing law enforcement and intelligence agencies with unfettered access to personal data, initially collected through passport applications, from the most of 145 million Americans with passports,” the letter said. in Blinken, a copy of which was obtained by Yahoo News.

Wyden, D-Ore., wrote that “the breadth of this access highlights the potential for further abuse. During a July 13, 2022 briefing for my office, State Department officials confirmed that 25 other federal agencies have access to the Department’s database of passport applications.

According to documents posted on a Department of Homeland Security website, data collected on US citizens includes: names, addresses, dates of birth, biometrics such as fingerprints and facial images, email addresses , phone numbers, gender, race, social security numbers, and other types of personal information.

“The [State] The department’s mission does not include providing dozens of other government agencies with self-service access to the personal data of 145 million Americans,” the letter states. “The Department voluntarily assumed this role and in doing so, prioritized the interests of other agencies over those of law-abiding Americans. While the use of this information by law enforcement serves a legitimate role, the current unregulated interagency system of access to the records of millions of Americans goes far beyond what a reasonable person might expect. or tolerate.

Wyden wrote that while the department is not legally required to provide such access to other agencies, it “did so without requiring those other agencies to obtain mandatory legal process, such as a subpoena or a court order”.

The revelations come amid multiple investigations by Wyden’s office stemming from allegations that a Border Patrol agent misused government databases to investigate a malicious leak about a journalist and her relationship with a congressman. . The DHS Office of Inspector General has launched an investigation into these allegations and the work of the Border Patrol agent’s supervisor and colleague at CBP’s National Targeting Center, which was created after 9/11 to help to identify and thwart threats from abroad.

The OIG investigation, detailed in an unredacted report of more than 500 pages, formed the basis of Yahoo News reporting on Operation Whistle Pig. “The abuse of this access was revealed by a Department of Homeland Security’s Office of Inspector General (OIG) investigative report into Customs and Border Protection (CBP) operations,” the letter said. .

Wyden’s letter cites a public redacted version of the report because, despite years of repeated requests, DHS has still not provided him with the fully unredacted report.

DHS did not respond to questions from Yahoo News about the report.

The inspector general’s office told Yahoo News it could not provide information on why Congress did not receive the fully unredacted report. “To preserve the integrity of our work and protect our independence, we do not discuss our communications with Congress,” the office said by email.

The investigation into a journalist and her relationship with a congressional aide began when Jeffrey Rambo of the Counter Network division was tasked with coming up with a plan to track forced labor used to mine cobalt in the Democratic Republic of Congo. There was – and currently is – no policy governing the use of the nation’s most sensitive databases by the Counter Network Division, a CBP unit designed as a bridge between security forces. law enforcement and the intelligence community.

This led to the use of several sensitive government databases – including the Department of State’s passport database known as the Consolidated Consular Database – to collect detailed personal data on the journalist, l assistant to Congress and members of the journalist’s family. According to the copy of the unredacted OIG investigative report obtained by Yahoo News, Rambo also obtained the passport photos of the reporter and his assistant using the State Department’s passport database. subject of Wyden’s letter.

“A CBP officer in a unit that was supposed to investigate forced labor abuses improperly granted a US journalist’s passport request in an effort to ‘verify’ the reporter. The search sought to identify “additional selectors” (e.g., email addresses or phone numbers) associated with the reporter as well as information about the reporter’s family members,” Wyden wrote.

“In the normal course of criminal investigations and intelligence gathering, federal agents must rely on legal process, including subpoenas and national security letters, to obtain subscriber information and similar documents. The fact that many of the same records are readily available to federal agents through direct access to State Department passport applications removes scrutiny and invites exactly the kind of abuse detailed in the OIG report.

Rambo, his supervisor, and another CBP employee at the National Targeting Center were dismissed for possible criminal prosecution on possible charges of misusing government computers and databases. The Department of Justice declined to prosecute and all three remain in their posts. CBP’s Office of Professional Responsibility is currently investigating allegations of misconduct against a CBP employee related to Operation Whistle Pig. Last month, an investigator contacted Yahoo News to request the identities of news sources cited in Yahoo News reporting. (Yahoo News declined the request.)

Wyden asks the State Department to come up with plans to ensure law enforcement use of passport data is for legitimate purposes and complies with privacy protections commonly used elsewhere in government .

The State Department did not respond to questions from Yahoo News about Wyden’s letter and whether he would offer the plan requested by his office.

Civil liberties advocates told Yahoo News they are also alarmed that the State Department is providing personal data about Americans to law enforcement and intelligence agencies.

“Using passport data to screen Americans for improper purposes sets off alarm bells,” said Rachel Levinson-Waldman, executive director of the Liberty & National Security Program at the Brennan Center for Justice. “This data includes sensitive information such as the applicant’s social security number, date of birth, gender identity and any names they have ever used.”

Levinson-Waldman said that if data viewed by law enforcement and intelligence agencies is not tracked, then it is open to abuse by those who access it.

“If the Department of State has no mechanism to verify the purposes for which government agents seek access to this data, it is extremely vulnerable to misuse and abuse, whether to conduct fishing expeditions not allowed on political antagonists or to stalk a former domestic partner,” she said. said. “Senator Wyden’s investigations are critical, and the State Department should take immediate steps to significantly strengthen access to this data and track its uses.”