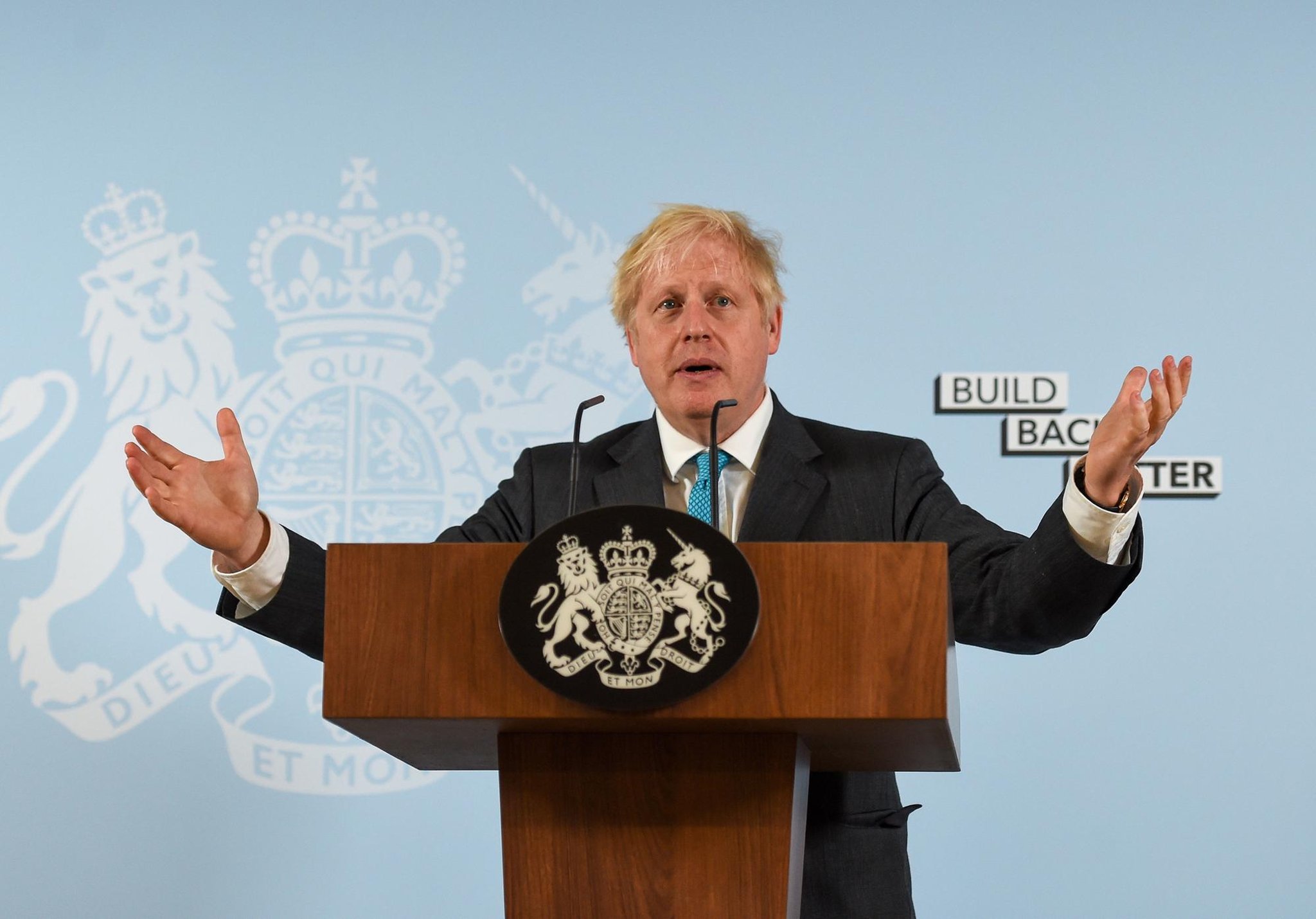 Ministers had clashed with the EU over the Internal Market Bill and even admitted it broke international law by overriding parts of the Brexit Withdrawal Agreement.

Despite warnings from every living prime minister and US presidential candidate Joe Biden, Westminster today voted overwhelmingly to support the bill, sparking fury in devolved nations.

The Scottish government had previously refused to propose legislation for a formal consent vote at Holyrood, with Scottish ministers saying it was a power grab that could ‘undermine’ the devolution settlement.

The bill passed through the House of Commons tonight by 340 votes to 256.

In a fiery debate over the bill, SNP Westminster leader Ian Blackford accused the UK government of “breaking devolution”.

He added: “What is happening with this bill is that our Parliament, which had the support of the people of Scotland, is being usurped and not getting more power because, in effect, read the bill.”

“It’s a [Dominic] Prime Minister led by Cummings and a conniving Conservative government that sought to justify a law-breaking, democracy-reducing, poorly produced, lazy and dangerous bill with jaw-dropping factionalism bordering on pseudologia fantastica. »

The new powers allow the UK government to be involved in spending in devolved areas without any engagement with those nations.

It also sets out new rules for the UK’s internal market – how trade would work between England, Scotland, Wales and Northern Ireland after the transition period ends in January.

The bill offered no new checks on goods moving between Northern Ireland and the rest of the UK, giving ministers the power to change the rules if they disagree with the EU and also the ability to override previous state aid obligations.

Ministers insisted the bill created a “safety net” in case the EU interpreted the deal in an “extreme and unreasonable” way.

Designed to avoid a hard border on the island of Ireland, it seeks to change things already agreed in Boris Johnson’s ‘baked-in’ withdrawal agreement.

The NI Assembly earlier passed a motion rejecting the Internal Market Bill and any claims needed to protect the Belfast deal.

Alliance MP Stephen Farry (North Down) told the Commons: “At the outset I want to be extremely clear – the vast majority of people in Northern Ireland, and indeed most businesses in Northern Ireland , don’t want to see the government break or threaten to break international law, period, and they certainly don’t want that to happen in their name.

“The government is not doing this for the good of the people of Northern Ireland. In fact, the breach of international law undermines the Good Friday Agreement, which itself is something that is deposited and part of the international law.

“And in particular, breaking the Withdrawal Agreement and undermining the protocol does not help our businesses at all. Instead, it puts them in a much more uncertain legal position to do business.” Labor had tabled an amendment to the sections of the legislation which allowed the UK to overturn the Brexit divorce deal, only to be subsequently rejected by the government.

Business Secretary Paul Scully insisted: “The government has already made it clear that these clauses are necessary to provide a backstop of reserve powers.”

He said: “This is a bill that underpins the transfer of sweeping powers over the daily lives of their constituents from Brussels to Edinburgh, but the SNP say that somehow another, we are once again engaged in a power grab.” This bill is good for Scottish people, for Scottish consumers and the whole of the UK.

The Lib Dems have also spoken out against the bill, with MP Christine Jardine saying it puts the union at risk.

She explained: “This bill violates the rules of decentralization and risks plunging us into a very high stakes game with the SNP at a time when the country needs it least.

“This is just a bad bill, which shows little respect for international law and risks doing irreparable damage to the UK’s reputation.”

The bill will now go to the House of Lords for further consideration.