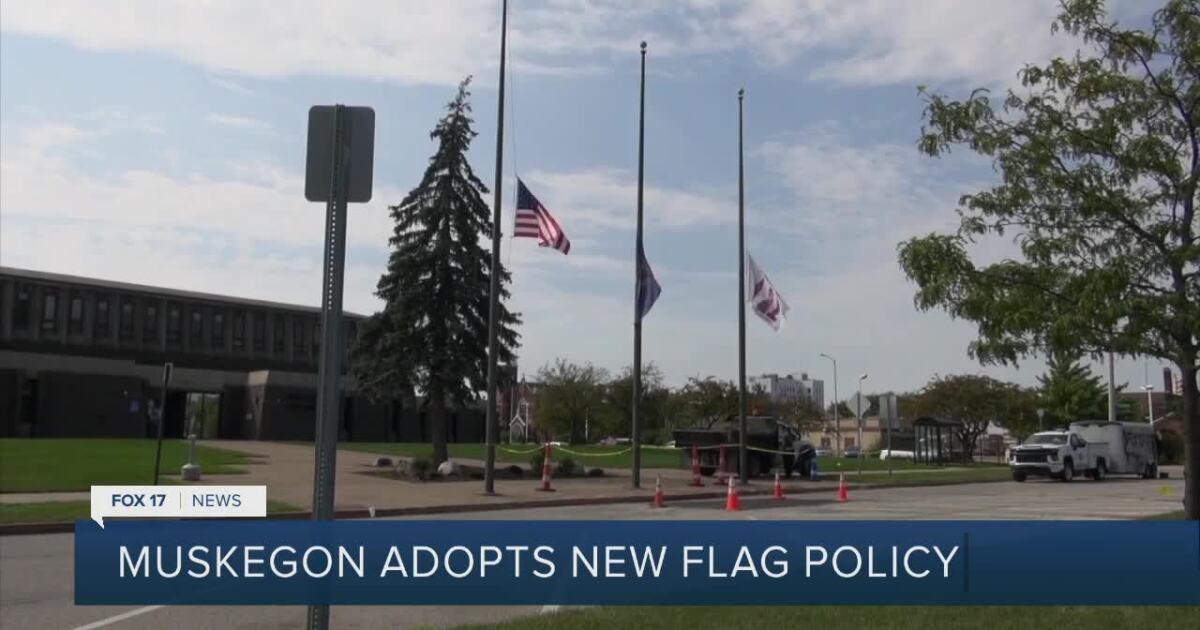 MUSKEGON, Michigan – During certain holidays or annual celebrations, Muskegon City Hall is known to fly the Pride Flag or the Mexican or Irish Flag.

However, on Tuesday, the Muskegon City Commission voted unanimously Tuesday to update its flag policy and limit it to the United States flag and local flags.

“It was a good decision because the truth is you have a lot of far-right organizations in Michigan. Technically, under that decision – from the Supreme Court – the militia could come in there and float their flag to promote a revolution by the government of the United States,” law professor Jeffrey Swartz said in a Zoom interview on Friday. “Any terrorist group, whether Nazi or not, could come forward and fly their flag and promote their freedom of speech, so the best thing to do is not let anyone fly their flag on a flagpole belonging to any government agency or subdivision.

Swartz is a professor of American constitutional law at Cooley Law School at Western Michigan University.

More specifically, the meeting notes of Tuesday, September 13, 2022 on the The City of Muskegon website states:

“Based on the prosecutor’s recommendation, staff have found it necessary to recommend changes to our current flag policy. The proposed policy would not allow any flag to be flown except the United States of America, State of Michigan, Muskegon County, Muskegon City Flag, Flag of the Cities Muskegon City sisters and visiting dignitaries from the Embassy and/or Consulate officially recognized by the Mayor and/or City Commission. »

“They have the right to say ‘no’ to everyone,” Swartz said. “They just can’t choose who they say ‘yes’ to.”

Swartz said Muskegon’s decision stemmed from a decision made by the city of Boston where a Christian group wanted to fly its flag in front of a government building. They were dismissed and the Supreme Court intervened.

“…visiting Embassy and/or Consulate dignitaries who are officially recognized by the Mayor and/or City Commission are permitted and may be flown to City property with staff clearance from the city.”

Other than that, it will only be the USA Flag, State Flag, County Flag, and City Flag in the future.

” This is a difficult question. It’s a really tough question,” Swartz said. “If you view it strictly as a matter of free speech and interpretation of the First Amendment, the ruling is absolutely correct. It’s unfortunate.”