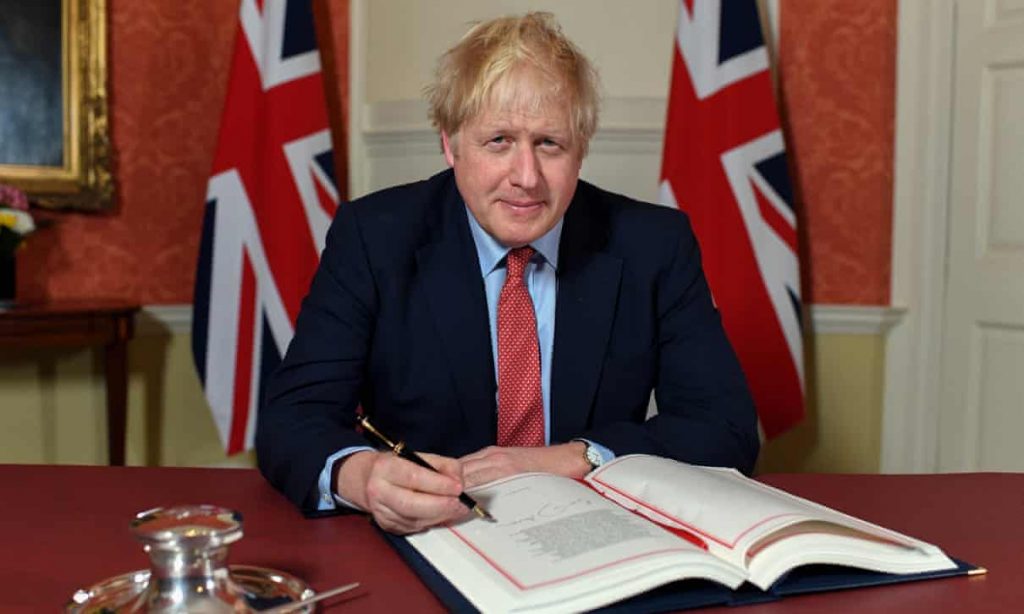 The UK Internal Market Bill caused enormous controversy. Much has been written about the UK Government’s decision to propose this legislation which, as forwarded by the Secretary of State for Northern Ireland, MP Brandon Lewis, to Parliamentwould openly flout international law (see, for example, the article by Raphael Hogarth hereby Mark Elliot here and discussion between Adam Wagner and David Allan Green here).

A major argument put forward in defense is that based on the supremacy of domestic law over its international counterpart (see HMG legal position: UKIM Bill and Northern Ireland Protocol). The argument goes something like this: where domestic law appears to conflict with international law, parliament reigns supreme and national legislation must take effect.

But when the dust settles and the reality sets in that the UK, as a country, must operate alongside other countries, there are likely to be a host of negative implications flowing from this decision. . Chief among these is, of course, that international law is law and the rule of law requires the UK to meet its international obligations. It is obvious and it is a remarkable state of affairs that the point must even be made. However, beyond the obvious, there are a multitude of other reasons not to flout international law, only a few of which are discussed below.

First, there is the issue of trust. At some level, as was the case repeatedly emphasized, if the UK is able to choose which international agreements it abides by, why would any country freely choose to engage with the UK? In countries where at least some treaties are incorporated into the domestic legal order without the need for any legislative act other than the act authorizing the executive to conclude the treaty, for example, Austria, Chile, China, France, Germany and Mexico, the countries benefiting from a bilateral or multilateral agreement with the United Kingdom risk being disadvantaged. While the legal systems of these countries require compliance with international law, no such safeguards now appear to exist in relation to the UK. Why then, in an increasingly interconnected world where emerging economies offer comparative advantages that rival if not surpass those of the UK, would they choose the UK over others? National interests work both ways and the betterment effect of international agreements and law is subsumed by the UK decision. Of course, the obvious answer to this is that express provisions will be written into these treaties so that this does not happen…

There are countless other potential externalities that are likely to follow. To name just one, in the realm of trade agreements, behind the technical details and the pages of legal clauses, there are very real economic actors — investors, financial institutions, workers, etc. They require, at the very least, guarantees that their investment of time, capital and resources will be safe. They depend, at the very least, on guarantees concerning, for example, the non-appropriation of property. The argument that Parliament is sovereign and that where national law (and therefore anything enacted as law) conflicts with international agreements, the latter can be overruled, offers little to inspire confidence in those considering the UK as an investment forum. Recent reports of a UK-Japan trade deal do not change this reality, as some have argued. The latter will only add 0.07% of the UK’s GDP and will represent little if the UK is shunned by the EU.

There are also the glaring implications for the UK’s ability to position itself as an influential and respected player in international relations. Let’s take an example. On April 16, 2018, then-Prime Minister Theresa May in the House of Commons sought to justify military intervention in Syria in response to chemical attacks. Tory MP Mark Francois asked: “Wasn’t the Prime Minister absolutely right to authorize these airstrikes to uphold the principles of the Chemical Weapons Convention and, in doing so, uphold the right international ?” Justine Greening of the Conservative Party asked if the Prime Minister would agree that on behalf of the Syrian people we simply cannot condone this violation of international law and that there will be times when measures will be urgent and will have to be taken? For Nigel Dodds of the Democratic Unionist Party, the Prime Minister “should have the support of all right-thinking MPs to uphold international law and defend the national interests of the United Kingdom”. The Prime Minister’s response at the time was that it was “not only morally right but legally right to take military action, together with our closest allies, to alleviate further humanitarian suffering”.

The purpose of the foregoing is not to offer a position on whether intervention is warranted generally or in the specific case; that’s for another time. Rather, it is to demonstrate that in seeking to exert influence on the international stage, international law is often used as a reference to examine and condemn the actions of others, and to inform and support the military, alongside the efforts and diplomatic and economic relations. Now, when China, Poland, Turkey, Russia or Hungary, for example, choose not to respect international law, where does the UK stand? Not only is the UK’s position to serve as a force for moral good diminished, but those who currently limit deleterious activities for fear of condemnation are unlikely to show the same restraint in the future. Why would they? The decision to flout international law is incredibly short-lived, with the ramifications of that decision potentially being felt when the UK itself comes up against any other country doing the same.

Protection of human rights at home

The decision to flout international law could also have impacts felt closer to home. Consider, for example, the wide range of international human rights treaties, which are not directly incorporated into national law. These include, by way of example, the International Covenant on Economic, Social and Cultural Rights (ICESCR), the Convention on the Rights of the Child (CRC), the International Convention on the Elimination of Discrimination against Women (CEDAW), and the Convention on the Rights of Persons with Disabilities. These various international treaties grant rights to the most deserving in society. Accordingly, they impose on the State the obligation to respect, promote, protect and fulfill the rights they contain. Interestingly, many of those who have strongly opposed containment measures are relying on the rights protected by these treaties to voice their concerns. The right to work and to education, for example, are covered by an international treaty in the form of the ICESCR. The rights of children, directly affected by the decision to close schools, are protected by the CRC.

But while international law can be circumvented, the protections offered by these international agreements are little more than the paper they are written on. To bring these debates back to the abstract, if you are a person who expects these same obligations to be met (a significant number in England if you consider the most recent report from Special Rapporteur on extreme poverty and human rights), it’s not just a matter of legal debate – it’s one that could have a direct effect on how your rights are protected in the future. The answer will be, predictably, that national law covers these rights and if not, future national law may expand to encompass them. Both are far from convincing. The Committee on the Elimination of Discrimination against Women — the body that oversees the implementation of CEDAW — has, for example, in 1999, 2008, 2013 and 2018 (see here) has consistently noted the lack of action taken to fully incorporate the provisions of the convention into UK national law, which has led to a fragmented and uneven legislative framework on the rights of women and girls. It would certainly be remarkable if the United Kingdom suddenly decided to do what it has not done for over twenty years. In short, the UK’s decision opens the space to ignore a host of obligations under international human rights law which, given the respective Conservative governments’ open attacks on human rights, is not at all inconceivable.

Biting your nose to blame yourself in the face

These are just a few considerations from a wide and deep sea of ​​reasons why the UK must comply with its international obligations. The main one is, of course, the rule of law argument, as eloquently expressed by Lord Tom Bingham in his founding book (see Chapter 10 on the rule of law in the international legal order). That we are even debating it seems absurd. But even beyond the obvious, those defending the UK’s decision demonstrate, on the one hand, an almost unfathomable disregard for the broader geopolitical, moral and economic context in which these decisions are made and will be received. On the other hand, they are simply playing politics using legal words: sovereignty, parliamentary supremacy and dualism to help justify what is generally accepted as a largely unjustifiable decision. Either way, the decision is incredibly short and a glaring example, if ever, of biting your nose to spite your face.

Dr Sean Molloy is a lecturer at Northumbria Law School. The opinions expressed in this article are the sole responsibility of the author.