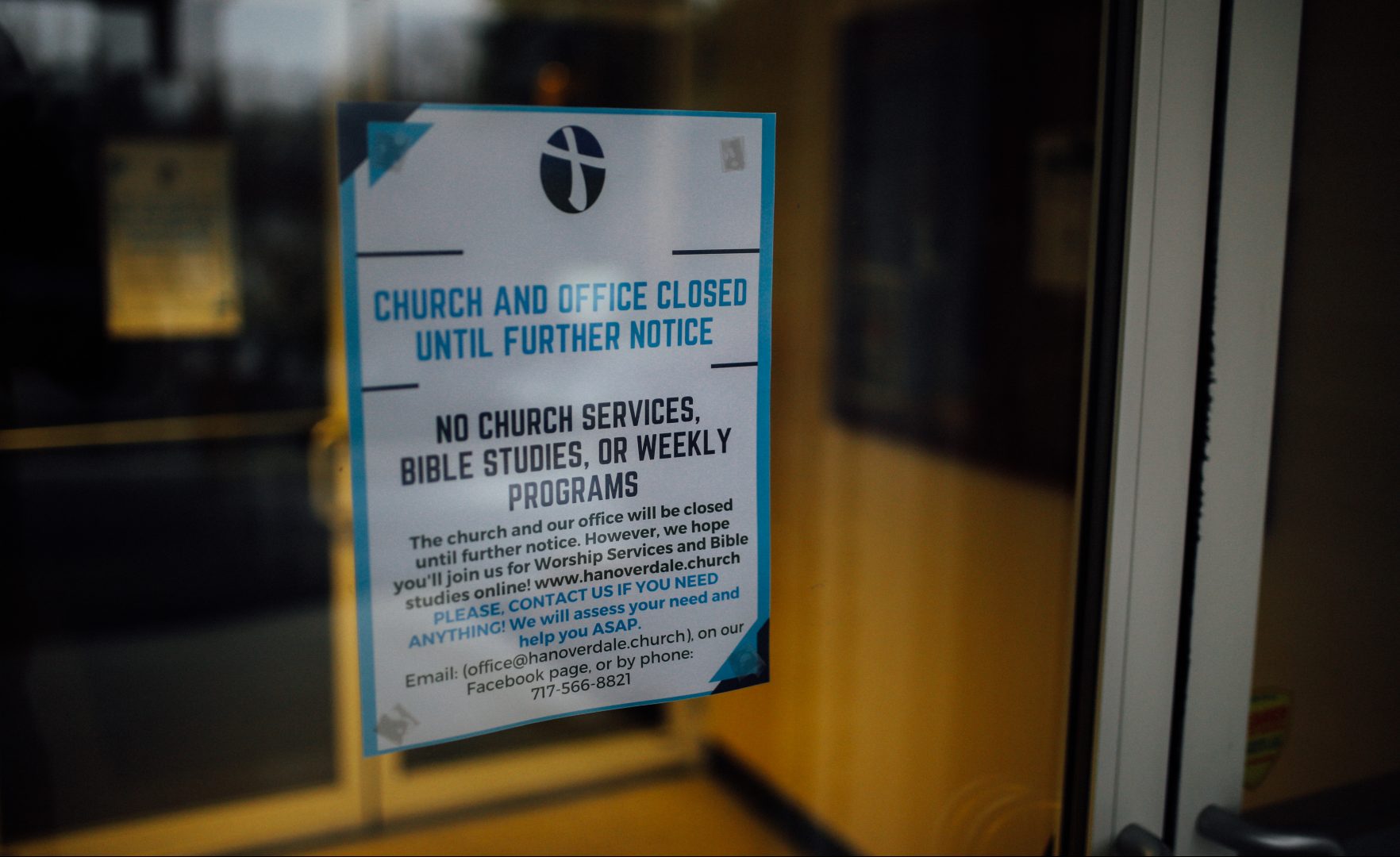 “They made so many exceptions that you have to wonder why it was even necessary.”

(Harrisburg) — A federal judge in the Western District of Pennsylvania ruled Monday that Governor Tom Wolf’s coronavirus-related shutdown orders and limits on public gatherings were unconstitutional. But some legal experts wonder what effect, if any, the decision will have in the ongoing fight between the Wolf administration and those who want the state to fully reopen.

In an attempt to slow the viral spread, Governor Wolf and Secretary of Health Dr. Rachel Levine imposed limits on the number of people who could gather at one time and ordered businesses to close or restrict their activities. 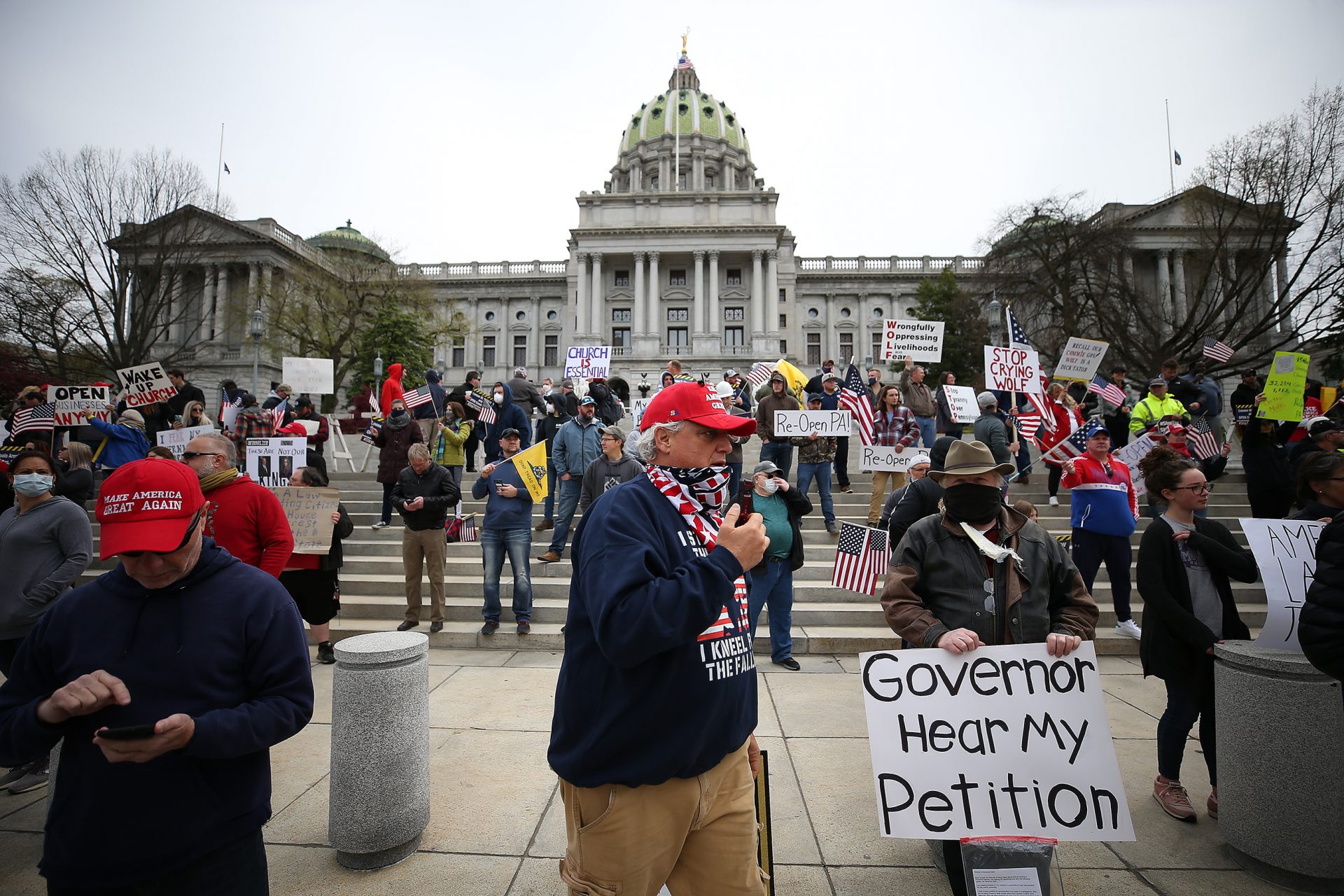 Protesters gather outside the Capitol complex, calling on Governor Tom Wolf to reopen the state’s economy during the coronavirus outbreak.

In a 66-page decision, Judge William Stickman IV agreed. He called the emergency efforts of heads of state ‘commendable’ – but said they could not ‘take away’ individual rights, even in an emergency. Stickman also pointed to the “shockingly arbitrary” ways in which the Wolf administration determined essential and non-essential businesses, some of which have been “financially devastated” due to the shutdown orders.

President Trump appointed Stickman to his post last May. The Senate confirmed the appointment largely along party lines.

But most of the restraints and orders overturned by the district court judge have since been overturned. Pennsylvania’s stay-at-home order effectively ended in early June, and state leaders allowed religious and political gatherings to be held without limiting the number of people who could attend.

Bruce Ledewitz, professor at Duquesne University School of Law says it speaks to the nature of Stickman’s decision.

“‘Exceptions were made for almost every gathering I know of that is protected by the First Amendment,'” he said. “They made so many exceptions that you have to wonder why it was even It is largely a symbolic blow against an overambitious government.

Attorney Kevin Levy, who also analyzed the ruling, made a similar observation, tweeting that the case appeared to be centered on “ideological reasons”:

Judge Stickman’s decision did not relate to restaurants, because, as he noted, he had not been asked to do so. It also does not address mask-wearing or social distancing mandates issued by public health experts.

But even so, Ledewitz said, the Wolf administration may no longer order Pennsylvanians to stay home or keep certain businesses on lockdown. But that doesn’t mean it won’t in the future.

“None of this is moot, as it could always be reimposed, and voluntary cessation is not debatable.”

If that is to happen later this fall or winter, Ledewitz said the “abstract” nature of the decision gives the Wolf administration enough leeway to circumvent it.

“If they have to reimpose some of these orders, they will reimpose them arguing that they are not exactly the same as before, and therefore were not at issue in the notice,” he said. he declares.

The Wolf administration said Monday it would seek a stay of a higher court’s decision and appeal.