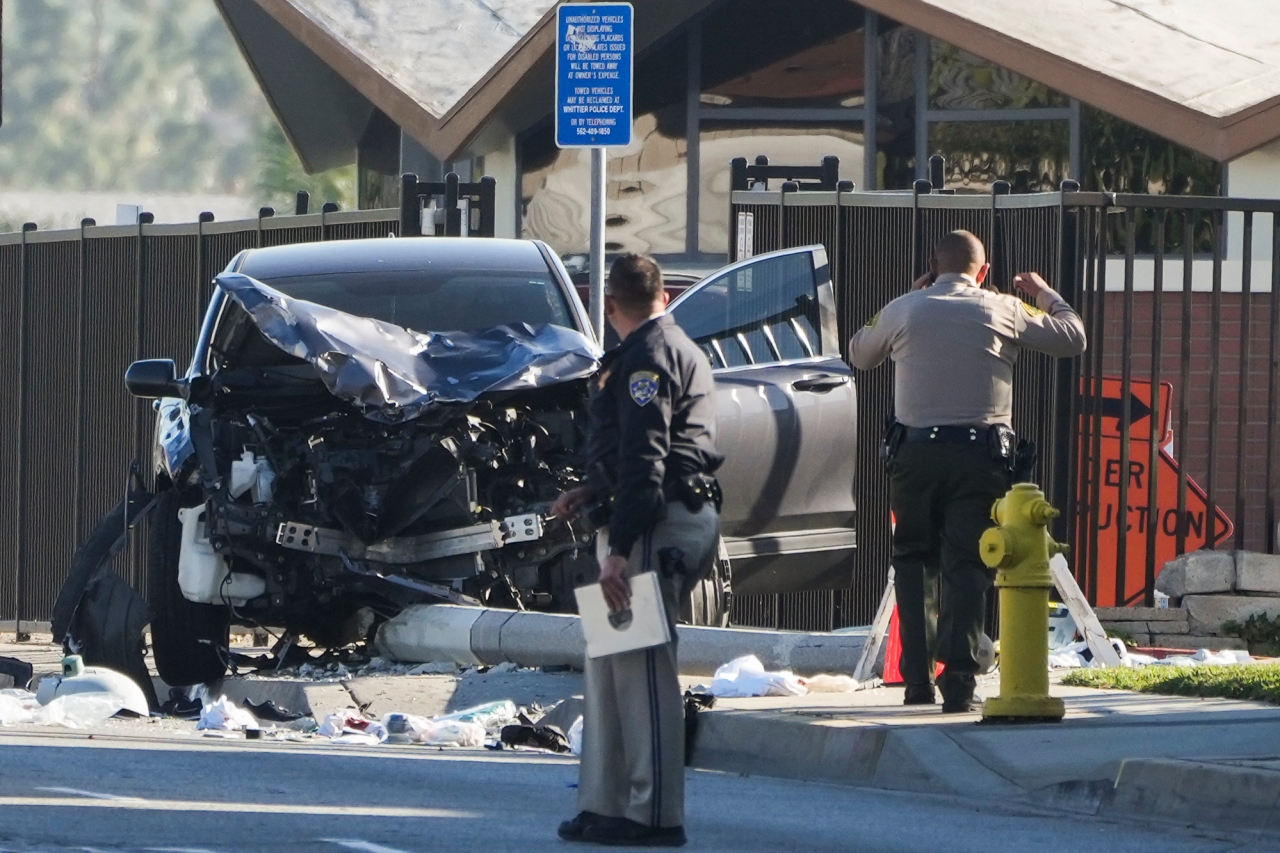 A contraflow driver rammed into a group of law enforcement recruits as they were jogging in South Whittier on Wednesday morning, injuring 25 recruits, five of them seriously.

The driver was also injured.

The crash happened around 6:25 a.m. near the intersection of Mills Avenue and Telegraph Road, a short distance from the Los Angeles County Sheriff’s Department’s STAR Explore Training Academy.

The recruit class included 75 people, 65 from the sheriff’s department and 10 from other law enforcement agencies, including Bell, Glendale, Pasadena, El Segundo and UCLA police departments.

Although fire department officials initially said a total of 23 people were injured, including 22 recruits, Sheriff Alex Villanueva later estimated the number of cadets injured at 25. Of those 25, 20 were from LASD , two from Bell, two from Glendale. and one was from Pasadena.

Injuries ranged from head trauma to broken bones and loss of limbs, the sheriff noted, adding that one recruit was on a ventilator.

“Now we are dealing with life-changing injuries for the most seriously injured recruits… We hope they make a full recovery and have a chance to come back and finish the academy. That is my goal” , said Villanueva.

“It’s hard to see because these young people are about to put themselves in danger in their careers, and who knows that while you’re training for that, you’ve put yourself in danger,” Capt Sheila Kelliher of the service Los Angeles County Fire told reporters. “My heart goes out to each of them as they pursue this career. I hope they recover quickly and are in good shape.

The driver, who was arrested at the scene, was identified as a 22-year-old man heading the wrong way down the street, according to Kelliher. He blew a 0.0 on the breathalyzer, and his injuries were minor.

California Highway Patrol Deputy Chief Charlie Sampson told the Wall Street Journal that the driver was from Diamond Bar, although he declined to release the driver’s name.

He was reportedly driving to work when the accident happened.

Aerial footage from Sky5 showed a gray SUV which had crashed into a lamp post, sustaining extensive front end damage.

Villanueva said some rookies reported hearing the car accelerate up to 30 to 40 mph before the collision, and no skid marks were seen.

The recruits were accompanied by two black and white security vehicles, and some wore reflective vests for safety, while others wore stark white shirts.

The Sheriff’s Relief Association is accepting donations from the public for injured recruits.

Checks can be made payable to:
Sheriffs Relief Foundation
Memo: Class 464 recruits

The can be sent to:
Sheriffs Relief Association
11515 Colima Road, Building B
Whittier, California 90604

Donations can also be made here.