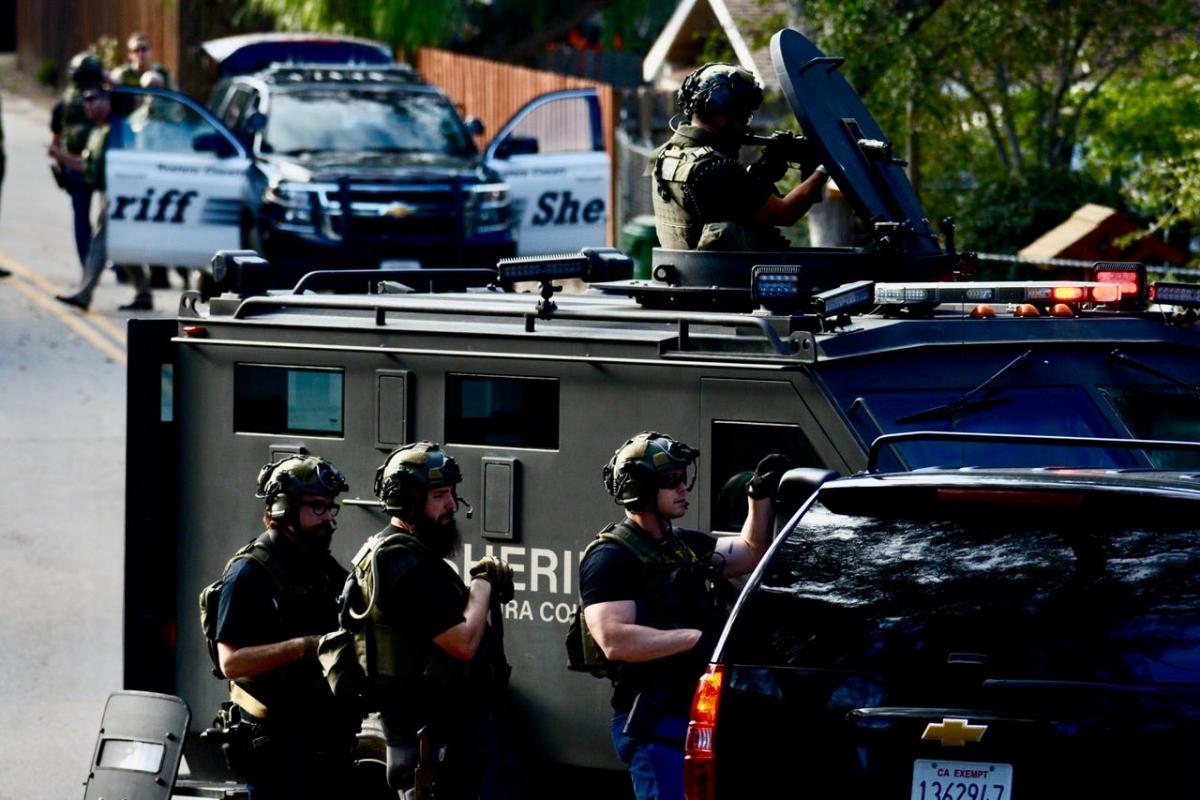 The calls are coming. There is a panicked person reporting out of breath an armed person or persons at a local school. Sometimes students or even the caller were shot. Sometimes specific room numbers are named. A return name and phone number is provided, if the caller does not hang up first.

And then law enforcement mobilizes, schools are closed, students and teachers go into hiding and parents and guardians worry until police, deputies and SWAT can mobilize to evacuate the building and search room by room to find nothing.

This phone number? Usually out of state, often registered as owned by someone unaware it was used.

It’s called “swatting” and although it’s been an occasional problem around the world, over the past month it’s become a rapidly growing trend. On October 11, a school in Sarasota and several schools in Miami-Dade, Broward, St. Lucie and Collier closed after receiving calls. South Carolina Governor Henry McMaster called for an investigation after 18 school districts reported 911 pranks last Friday. USA TODAY found at least 30 false school active shooter alerts and threats in one week last month and WIRED reported more than 90 false school shooter reports over three weeks in September.

Crush Threat Swarm Status: Police search for culprit after hoax threats made against schools across Florida

Crushing tendency: Schools across the United States have been hit by dozens of fake shootings and bomb threats. Experts say it’s a ‘cruel hoax’

Here’s what you need to know.

“Swatting” makes a hoax call to law enforcement in hopes of deliberately eliciting a major response from the police or SWAT team. Sometimes it’s aimed at a specific person, sometimes it’s just random to cause chaos and tie up resources.

Many early swatting cases were against gamers streaming their game online with a webcam, which meant pranksters could enjoy watching the police kick down the door behind the unfortunate victim. It quickly became a means of harassing anyone the caller wanted to upset and possibly cause harm.

‘There is no active shooter’: South Fort Myers High given all clear after gun threat all 67 Lee schools searched

“It didn’t look like a hoax”: Princeton in nationwide series of false active shooter reports

Not just high schools: Bomb threats against Volusia and Flagler universities and colleges

Yes. Issuing a threat on social media, text or email is a federal crime (interstate communications threats). People who post or send such threats can receive up to five years in federal prison, or may face state or local charges.

You can be charged with a variety of things such as conspiracy to commit access device fraud and unauthorized access to a protected computer, misuse of 911 systems and other related crimes.

Aside from reports of active shooters traumatizing students and staff, anytime law enforcement must respond to a false active shooter call or mass casualties, there is the risk of an accident.

In 2017, California resident Tyler Barriss made a phone call to report a fake hostage-taking after he got into an argument with another player playing “Call of Duty”. He gave the address of an innocent, unrelated person whom the police ended up fatally shooting during his response. Barriss was sentenced to 20 years in prison.

They also drain significant resources from schools and local authorities.

United States on edge: Mass shooting false alarms have a ‘hidden cost’ for police and community

Why can’t the police catch fags?

They can. and do, but it may take time. Sissies often use software to spoof phone numbers and caller ID, and they call from out of state, which complicates investigations.

Police tracked a caller who had made four separate calls to schools in Ohio about gunmen wearing body armor shooting students to a phone number in California, where they found a man from 66 year old in “very poor health” who said he doesn’t have that number anymore.

Are these swatting attacks related?

Authorities have not publicly said the incidents are linked, but experts say these intentional false reports bear similarities. Their origins can be difficult or impossible to trace, but waves of false alarms are often the work of disgruntled pranksters trying to disrupt the school or malicious bad actors trying to sow fear. And these pranks seem to increase this time of year with students heading back to class.

“A red flag…is when you start seeing some of these very similar threats in multiple cities in one area, region, or state, and then others in another state. That’s usually a red flag for what they call swatting,” said school safety expert Kenneth Trump.

Is this a TikTok challenge?

While many law enforcement and local media have suggested it was due to a TikTok challenge, no TikTok videos have surfaced to call it out.

Is the FBI investigating fags?

They help. The FBI does not investigate crash cases, leaving that to local law enforcement, but they will provide assistance.

In a statement sent after a high school in Texas was evacuated due to a caller falsely claiming that ten people had been shot, the FBI said: “The FBI is aware of numerous runover incidents in which a report of an active shooter at a school is Similar incidents have occurred recently across the country.

“The FBI takes the crash very seriously because it endangers innocent people. Although we have no information indicating a specific and credible threat, we will continue to work with our local, state and federal law enforcement partners. of the law to collect, share and We urge the public to remain vigilant and immediately report any suspicious activity and/or individuals to law enforcement.

CA Bridges is a digital producer for the USA TODAY Network, working with multiple newsrooms across Florida. Local journalists work hard to keep you informed about the topics that interest you, and you can support them by subscribing to your local news agency. Read more of Chris’ articles here and follow him on Twitter at @cabridges