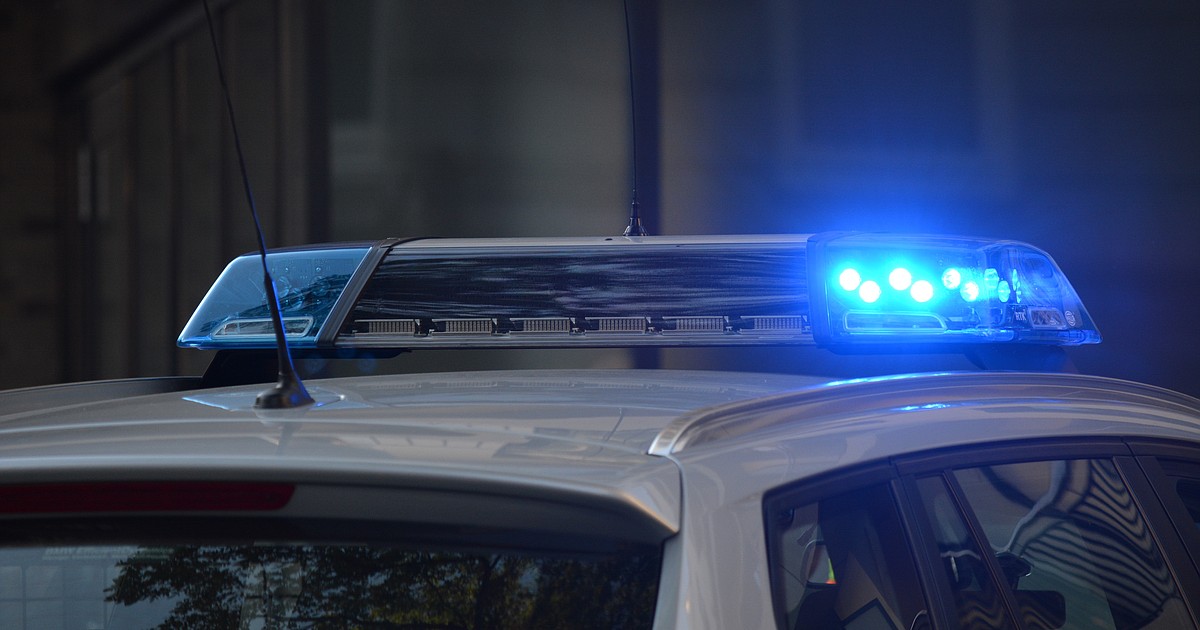 The reports below were provided by the organizations listed. All suspects are considered innocent until proven guilty by a court.

Chelce Ann Zimmerman, 41, was arrested Oct. 11, charged with burglary and an outstanding warrant.

Darren La Bunney, 57, of Moses Lake, was booked Oct. 11 on an outstanding term.

Michael Duane Patrick, 41, of Everett, was arrested Oct. 9 for possession of a stolen vehicle.

Raymond Ontiveros, 63, Greenley, was arrested on October 9 for burglary and theft.

Vincent Olveda Wheeler, 26, of Moses Lake, was arrested Oct. 8 for assault, interfering with a report of domestic violence, DUI, driving with a suspended license and driving a vehicle without an ignition interlock.

Rebecca Mdanat, 40, Tacoma, was arrested Oct. 7 for possession of a stolen vehicle.

Report of a runaway minor in the 900 block of N. Grape Drive when the interviewed party told MLPD officers that a 16 year old with known gang affiliation was missing. Information about the missing youths has been passed to Grant County law enforcement.

Report of a suspicious vehicle from the 2000 block of S. Crestmont Drive. The reporting party stated that a vehicle was traveling through the neighborhood and stopping at the residences. The police were unable to locate.

Anonymous report of someone raising feral cats in the 700 block of S. Margaret Street. The police could not locate any feral cats.

Report of a counterfeit $20 bill from a business in the 700 block of N. Stratford Road. The Respondent seized the ticket after a customer attempted to use it. The customer presented proof that the invoice had been obtained during an ATM withdrawal earlier in the day.

Report of a mugging from the 1000 block of N. Stratford Road. The victim did not want to press charges.

Report of threats made in the 211 block of N. Elder Street. The reporting party said he was threatened with a gun in a parking lot, described the suspect as a Hispanic male wearing a gray shirt with a number on the back, and the suspect left the scene in a white van . The police were unable to locate.

Report of break-in and theft from a vehicle in the 500 block of E. Broadway Ave. The reporting party said the vehicle’s window was smashed and a purse containing a wallet and a gun was stolen. A credit card was allegedly used at a nearby gas station, but the user left before officers could arrive.

Report of mischief in the 1600 block of S. Legend Lane. The reporter said he was attacked with a BB gun by three teenagers in a black Nissan Altima.

Weapons report in the 2000 block of W. Valley Road. Defendant reported that weapons were seen in Cascade Park, however, police concluded this was a false report and that Defendant was attempting to distract police from pursuing a friend who was a known criminal. The respondent will be charged with filing a false report and criminal assistance.

Report of a hit and run accident in the 1400 block of E. Craig Street. A reporting source told officers an elderly man was struck by a 14-year-old boy driving a motorized moped, who then fled the scene. Medical attention was rendered on the spot for the elderly man. Juvenile was later found, who said he ran away because he thought the man was fine.

Report of a disturbance in the 800 block of E. Sharon Avenue when students were allegedly fighting in the restrooms. No charges were filed, discipline was handled by school officials.

Suspicious person report from the 300 block of N. Dale Avenue. Two women and a man reportedly drove towards a residence and drove around it, then left the area in a darkened Nissan Maxima bearing LA Auto dealership plates. The police were unable to locate.

Report of a theft in the 300 block of Hansen Road NE. The reporting party said the van was broken into and the Craftsman toolbox containing silverware and plates was stolen.

Report of a burglary/home invasion in the 6100 block of S. Frontage Road E. MLPD officers in response to the pending burglary report and searched the property. The suspects fled before police arrived.

Report of a traffic hazard in the 900 block of E. Yonezawa Road. The reporting party said high school students were running down the street and demanded additional police patrols.

Report of a robbery in the 1000 block of N. Stratford Road. The reporting party said a woman wearing pink leggings and a gray sweatshirt stole something from a business, a police officer found the suspect and arrested her.

Report of suspicious activity in the 100 block of S. Pine Lane in Washtucna. A vehicle was parked with two suspects who said they parked there to get better cellphone reception. The suspects were told to look elsewhere for cell phone service.

Report of a burglary in the 600 block of S. Canal Road in Othello.

Report of shots fired in the 600 block of S. Taylor Road in Othello. Deputies searched the area and were unable to locate the source of the shots.

Dispute report in the 100 block of S. Barton Road in Othello. The author of the report said a neighbor was threatening him and his family. The deputies entered the neighbor’s house without permission and referred the case to the prosecutor for possible charges.

Report of fraud in the 2100 block of W. May Street in Othello. The reporting party complained about phone calls with a party claiming to be a law firm and sent money to the law firm to see that he had gone overseas.

Report of a theft in block 1100 of SSR 24 in Othello. The reporting party said a catalytic converter was stolen from his motorhome.

Report of a suspicious vehicle in the 600 block of S. Andes Road in Othello. Deputies on patrol spotted a white passenger vehicle with an expired registration. The driver did not have a valid driver’s license and a female passenger had outstanding warrants that could not be executed. The suspects were released without incident.