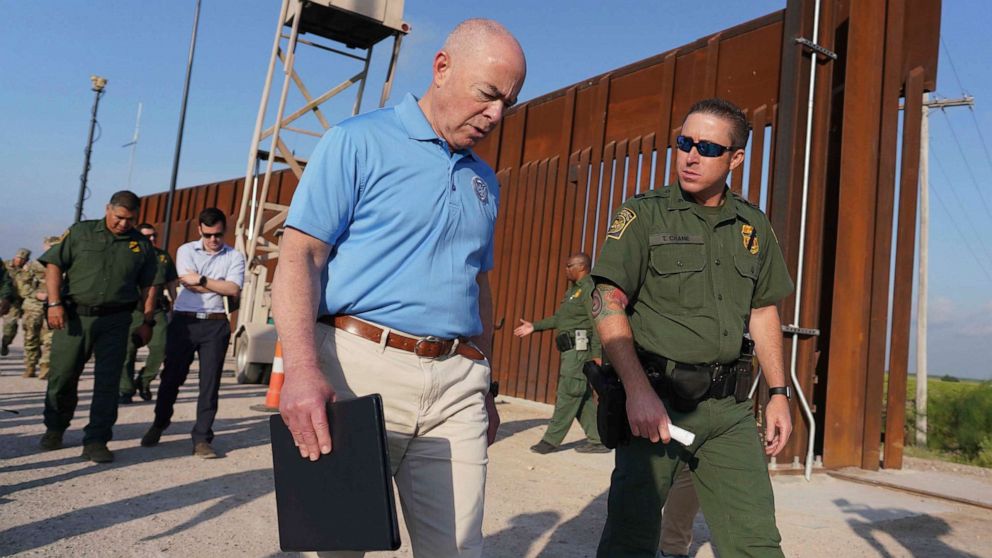 In the wake of the worst apparent human trafficking tragedy in US history and amid migrants crossing the border at record levels, frustration among Border Patrol agents and other law enforcement on the ground is “deserved,” Homeland Security Secretary Alejandro Mayorkas said.

“Our Border Patrol officers, you know, their morale is low. And I understand why,” he told Fraternal Order of Police President Patrick Yoes this week during a sponsored podcast. by the FOP, one of the largest police unions in the country.

Migrants have crossed the border and been arrested at record levels since the start of the year – averaging more than 200,000 arrests per month.

Mayorkas spoke about the disaster earlier this week on the outskirts of San Antonio, Texas, which left more than 50 people dead after being trapped in a burnt-out tractor-trailer – saying it shows the danger of human trafficking organizations humans who charge desperate people for transportation to illegally cross the border.

“We have 50 dead, some of them children. And that just shows the cruelty of the smuggling organizations and why we need a global government and execute a government attack on them,” he said. “It’s getting hotter and hotter. And the much more dangerous trips we’ve had to break it up for sure.”

Two men have been charged by the Justice Department with human trafficking for their alleged role in transporting migrants who ultimately died near San Antonio.

Mayorkas said DHS has been at the forefront of cracking down on human trafficking operations, creating a task force to aggressively crack down on cartel smuggling operations.

He also blamed other countries, saying they must secure their borders and arguing that the United States cannot be the first line of defense for border security. He said there was a need to limit the time it takes to adjudicate an average asylum claim, which he says can now take six to eight years under the current structure.

Along the border, he said there had been an increase in the number of banned drugs thanks to new non-invasive technology capable of identifying drugs through entry points.

Mayorkas also said he was “concerned” about funding streams for local law enforcement, and while not directly naming any cities, noted that some have cut their law enforcement budgets.

“We need resources and local law enforcement needs to be resourced to match the level of crime that we all face,” he said. “We are struggling to recruit staff as law enforcement is under attack.”

Mayorkas, a federal prosecutor before joining DHS, said he saw people “going on bail” who otherwise wouldn’t have been released on bail when he was at the Justice Department.

“An individual commits a felony with a gun, that’s a hard bond to get in those days. And yet, you know, speaking with police officers and sheriff deputies in different parts of the country, I hear about of people posting bail while awaiting trial. . And I think that creates a danger,” he said.

Mayorkas also spoke about the root causes of recent mass shootings, including in Buffalo, New York, and Uvadle, Texas, and the warning signs mass shooters may present.

“I have to tell you, these stories have spread so fast. Now on social media, online platforms, you know, people are inspired by, you know, the massacre in New Zealand many years ago, and they learn about it on social media,” he said. “In fact, such a small percentage of people with mental health issues commit these acts of violence. But these acts of violence do so much damage to our country.”