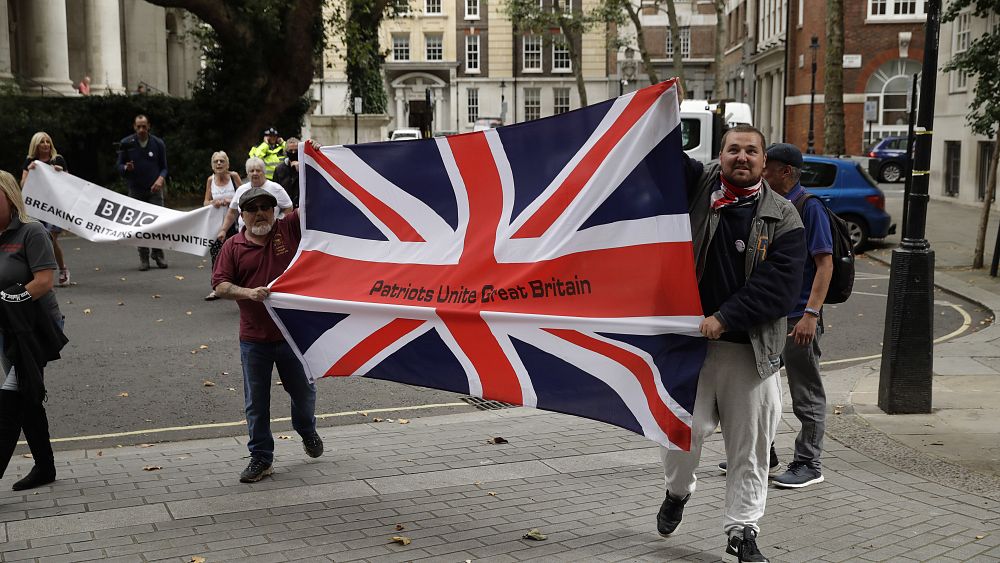 A new law proposed by the UK government would directly breach the Brexit deal it signed with the European Union last year, legal experts have said.

The bill gives ministers the power to ‘unenforce’ parts of the rules agreed in October 2019 for goods entering and leaving Northern Ireland.

European Union leaders have warned that these rules, officially known as the Northern Ireland Protocol, are legally binding and that breaking them would be a breach of international law.

But so-called “partial” breaches of international law do not exist, according to Dr Holger Hestermeyer of the Dickson Poon School of Law at King’s College London.

“It is the announcement of a breach of international law and it is surprising – and, as far as I know, unprecedented before Parliament,” he told Euronews.

Hestermeyer said the new bill, which was announced on Wednesday, would directly prevent parts of the EU withdrawal agreement from applying to the UK.

For example, it would allow ministers to override rules for screening goods traveling from Northern Ireland to other parts of the UK – which is already outlined in the protocol.

The UK bill would also give ministers the power to change articles of the state aid protocol.

Raphael Hogarth, associated with the UK think tank Institute for Government, said the bill attempted to change laws whether or not they conflicted with existing legislation or agreements.

The UK government is “trying to create a totally non-justiciable power”, he said.

Catherine Barnard, professor of European Union law at the University of Cambridge, said the bill contained “clear instructions to the UK courts” that they could not find ministers’ actions to be unlawful.

Northern Ireland, part of the United Kingdom, has long been a Brexit sticking point because of the border it shares with the Republic of Ireland, which remains an EU member state.

At present the border is open and no customs checks are carried out on goods or people crossing it, but a no-deal Brexit could have meant putting up guards or even a fence along the 499 border. kilometers.

There were also fears that a physical separation could threaten the Good Friday Agreement, a peace accord that came into effect in 1999.

The protocol signed between the UK and the EU was designed to ensure that a divide would not occur and border controls would not be imposed even if there was no overall agreement on the Brexit.

“The Northern Ireland Protocol was meant to be a watertight and viable solution even if there is no free trade agreement for the problem of not wanting a border on the island of Ireland”, Hestermeyer said.

British Prime Minister Boris Johnson, who agreed to the protocol in October 2019, said on Wednesday his country needed legal protections against “extreme or irrational interpretations of the protocol which could lead to an Irish Sea border”.

But the European Union has warned Britain that sticking to the agreements is an “age-old diplomatic cornerstone”.

Charles Michel, President of the European Council, said: “Breaking international law is not acceptable and does not create the trust we need to build our future relationship”.

Britain’s parliament will begin debating the bill in the House of Commons on Thursday.

Significant opposition among government MPs could mean it is significantly amended before it becomes law.

But if the EU considers the end product to be a violation of an international agreement, Hestermeyer said, there are a wide range of mechanisms it could consider in response, including trade tariffs.