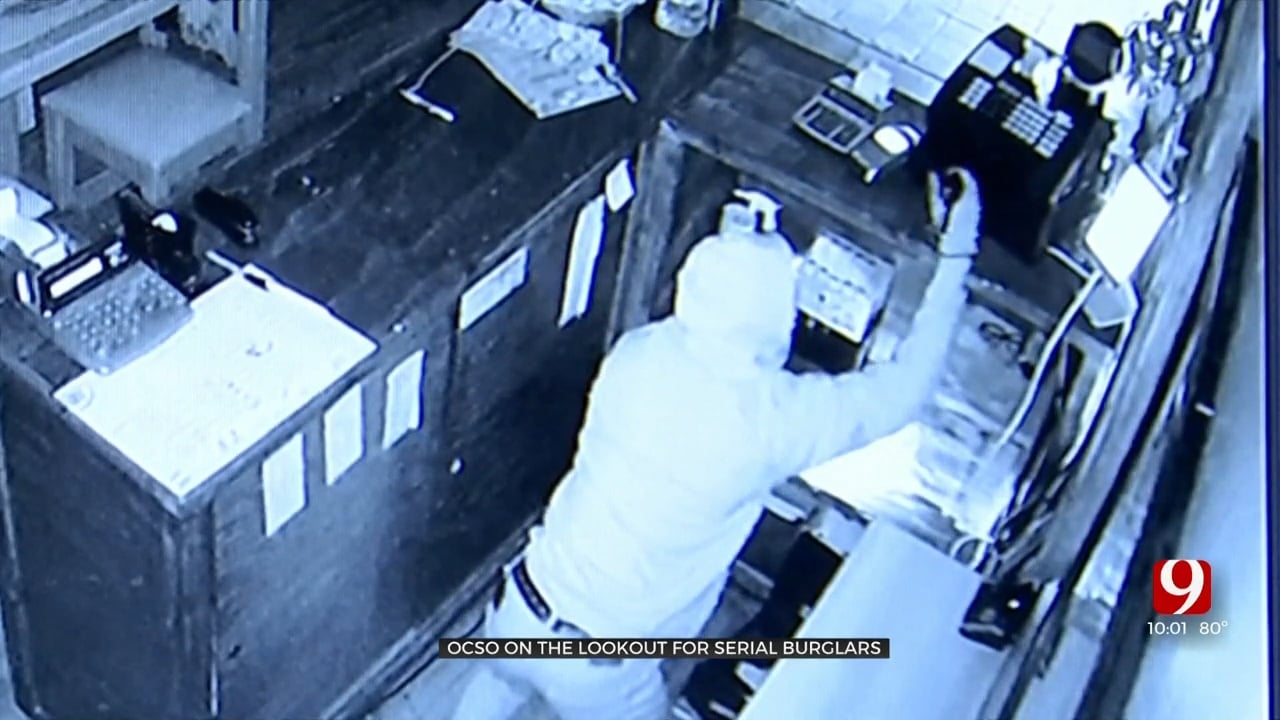 Law enforcement search for thief after series of break-ins

Law enforcement is looking for those responsible for a series of burglaries in Oklahoma and Pottawatomie counties.

A restaurant manager in Shawnee said the monetary loss was something no business could afford.

“It’s a small business and I know it’s hard for them to meet their quota every week,” said Shania Gonzalez, manager of Tacos El Patron.

Video from the September 4 restaurant captured a man forcing his way into Tacos El Patron by breaking down the front door of the business.

“He comes right at MacArthur, runs and smashes the rock through the gate,” Patron said.

Wearing a Kansas City hoodie, the burglar was captured crawling around the restaurant at 2:45 a.m. The burglar immediately searched the areas where the cash was stored.

“He knows where the money was, went straight there, didn’t look for anything else, knew exactly where to go,” Gonzalez said.

This pattern repeated itself in a number of other burglaries.

According to the Oklahoma County Sheriff’s Office, the burglar stayed low to avoid any motion detectors.

“It really makes you wonder, how come he has all this knowledge about all these different companies?” González said.

Gonzalez said the burglar stole a few hundred dollars and a bottle of liquor. Unknowingly, she said he also took her sense of security.

“You always trust who you have in your building, who you’ve employed, you don’t want to assume they would do anything at this point,” Gonzalez said.

Tacos El Patron offers a reward for information leading to an arrest.