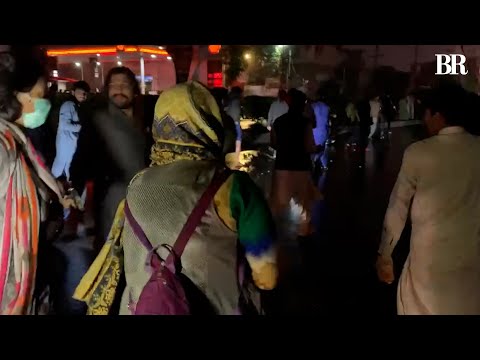 Pakistan Tehreek-e-Insaf (PTI) supporters and police clashed at Faizabad Interchange for a second day on Saturday as law enforcement officers made nearly 24 arrests in the capital, Aaj News reported.

Protesters began to flock to the Faizabad interchange and threw rocks at law enforcement, prompting them to fire tear gas canisters in response.

“Alternatively, traffic is diverted to the Islamabad highway,” he said. “Red Zone entrance/exit is closed to traffic from Express Chowk and NADRA Chowk.”

Alternatively, Margallah Road, Ayub Chowk and Serena Chowk can be used, he said. All other roads in Islamabad are cleared for traffic.

Meanwhile in Karachi, the gathering of protesters is heading towards Central Tibet from Numaish.

In Rawalpindi, protesters occupied Murree Road and Faizabad Interchange. In addition, they threw stones at the police at the Faizabad interchange while law enforcement resorted to shelling and charging with truncheons. The police also used the help of drones for the bombings.

In Lahore, a large number of PTI supporters demonstrated at Shahdara Chowk, Faisal Chowk, Liberty Chowk and Governor House. Traffic in these areas has been diverted to alternate routes. Additionally, Metro Bus Service operations in the city have been suspended.

PTI supporters burned tires outside the governor’s house and some protesters tried to enter the building and smashed CCTV cameras.